A German POW returns to Delano to visit where he was held, and remembering Jack LaLanne

* ... GERMAN POWS: More response on my earlier post about German and Italian prisoners of war working in local agriculture during World War II. Betty Kouklis wrote to say that her husband was working in Delano one day several years ago when he was approached by a stranger, accompanied by his daughter, son in law and grandson. Turns out the stranger had been a German prisoner in Delano and was given a trip by his family to return to Delano to visit where he was held. The camp was on 4th Avenue (now Garces Highway) across from where Delano Hospital is now located. Said Betty: "It was a small camp and he recalled the time our senior class sang Christmas carols from across the street, and hearing the music from the VFW Hall that was nearby. I have the letter he wrote after he returned to Germany and gave a copy to the Delano Historical Society. As far as I know there is no other document to verify the camp existed."

* .... RIP JACK: Local resident Jack Skaggs, a retired California  State Patrolman, regaled some friends this weekend with a story about pulling over the late fitness guru Jack LaLanne in the summer of 1978. Skaggs was patrolling the Long Beach Freeway just north of the 405 when he noticed a pearl white Stutz Bearcat weaving. The license tag read "Reduce." It turned out to be LaLanne, who was quite sober and explained he was weaving because he was searching the radio dial for a favorite program. Skaggs said LaLanne insisted on getting out of the car and demonstrating his ability and  limberness, performing feats that were  impossible "unless you were in tip top shape and extremely flexible... mere mortals could not begin to duplicate what he did." Later Skaggs learned that LaLanne, who was around 64 then, was heading to Long Beach to swim the harbor while pulling dozens of rowboats. "He told me to stay in shape and I took those words to heart," said Skaggs, an avid cyclist and fitness buff. 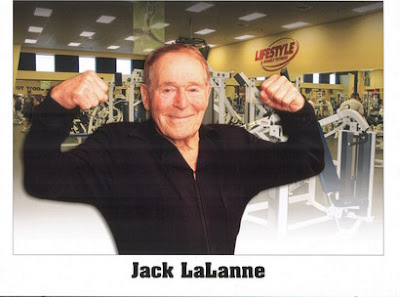 * ... FOLLIES: Robbie Bonas wrote to say how much she enjoyed reading about the "The High Fever Follies" put on by the Memorial Hospital Auxiliary. "It took me back to that wonderful experience of participating in 'the chorus line' and 'I'm a Yankee Doodle Dandy' number with Phyllis Adams. I was very honored to have met, and danced, with Phyllis. I was in awe of how beautiful she was and how high she kicked those long graceful legs of hers! She was the energy and joy for all who participated in that production."

* ... SPOTTED: Leon James "Lee" DeWyze Jr., winner of the ninth season of American Idol, was spotted at the Red Robin at Valley Plaza recently. Stephany Trevino is a server there and spotted DeWyze immediately. He was with his manager and two other men and were headed to Fresno when they stopped for lunch. 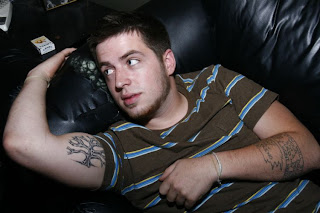 * ... GUN CLUB: The Kern County Gun Club is hosting a "women's day" this Saturday, February 5. For $50, you get lessons in shooting trap and skeet. This includes free use of guns, all ammunition, free clay targets and lunch. Club manager Cyndi Benson told me she's trying to get more women into the shooting sports. Cyndi already runs a successful youth program at the club. The gun club is located adjacent to the Lake Buena Vista Recreation center.

* ... BAKERSFIELDISM: From reader Al Gutierrez: "You know you're a Bakersfield old-timer "when you recall attending rock and roll dances at the Rainbow Gardens on Union Avenue. They stars performing before standing room only crowds included Chuck Berry, the granddaddy of rock and roll, Little Richard and Fats Domino. The Gardens is now the Kern County Basque Club."
Posted by Richard Beene at 8:41 AM

Here's a better local angle on Jack Lalanne, from the Los Angeles Times: "LaLanne grew up in Bakersfield, where his parents had moved to become sheep farmers, but the sheep contracted hoof-and-mouth disease, and the family moved to Oakland."

I believe LaLanne lived in Greenfield.