* ... FIRST FRIDAY: Tired of the fog and cold and looking for some fun? Head downtown this Friday for the return of the First Friday activities, which took last month off. My advice: grab dinner at any of our downtown restaurants (Mama Roomba, Uricchio's Trattoria, Mexicali, La Costa Mariscos, Casa Munoz, The Padre to name a few) and then stroll through the art galleries, boutiques and antique shops or grab a cocktail at a speakeasy like the Alley Cat. The brainchild of First Friday is Don Martin,  a master marketer who always puts on a good show at his Metro Galleries on 19th Street. This week he's featuring photography by Samuel Wooten, a French born photographer and anthropologist whose work is really impressive. Also on display in nature photography by San Diego artist Peter Fay. 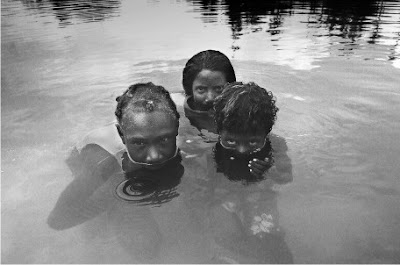 * ... BIG ORANGE: Received a nice email from Tony Wilder, a businessman in Kingsport, Tennessee, now home of retired county Resource Management Agency director David Price. David was deeply involved in our community while here and apparently he's now been drafted into the social fabric of Kingsport. Wilder said Price had recently graduated from Kingsport's ENCORE Leadership program and is now serving on the non-profit board of Kingsport Tomorrow. "And I just want to confirm that yes, he is now a rabid Big Orange fan and was even seen wearing a University of Tennessee pin on his lapel at a community function last week. But I also know that Bakersfield must be a very nice community because I can tell that Dave still has a big part of his heart there."

* ... WILDFLOWERS: All this rain we've been having is certain to signal a terrific wildflower season in the hills of Kern County. In just a few months, the lupines, fiddlenecks and poppies will be in full bloom. Make sure you don't miss them this year. And wouldn't it be nice if we'd have water in the river all summer as well? 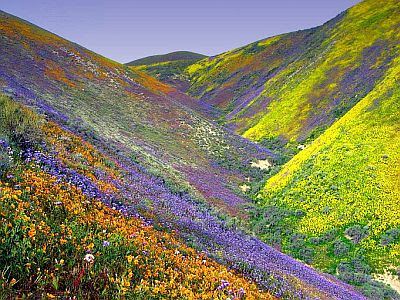 * ... BONNIE'S BEST: Heard the other day from Laurie Watson, owner of Bonnie's Best Cafe over off 21st and F streets. Bonnie's Best is one of those locally owned downtown fixtures that always serves up superb food, and it also has a terrific meals "to go" program. Laurie wanted me to know that the Country Rose Cafe on H Street is not owned by Bonnie's Best but rather by  another person who used to work at Bonnie's Best. "I have not purchased the Country Rose Cafe," she said, adding that she is concentrating on keeping Bonnie's fare and customer service at the top of their game.

* .. BAKERSFIELDISM: From reader Gregg Byrd: You know you're a Bakersfield oldie "if you have an original neon Coors sign from Trout's bar in your garage (given to me by my late father, Jack Byrd) and if you remember the Byrds Club, which was my grand father's bar a few blocks from Trout's."
Posted by Richard Beene at 12:13 PM

lOOKING FORWARD TO THOSE LOVELY WILDFLOWERS:)!!!

I am an American who married an Aussie lady and moved to Australia 6 years ago.

Every now and again I have to reaffirm my American roots to myself.

When I do, I listen to only old Buck Owens songs and look at images of Bakersfield -- it doesn't get any more American than that.

I love everything about Bakersfield and our next American Holiday will be in Bakersfield exclusively (we do travel a lot).

I hope they will have at least one more seat available at Buck's Crystal Palace when I get there.