* ... LOCAL BUSINESS: Interesting to note that two long-time privately held local businesses, Physicians Automated Labs and Townsend Designs, have been sold to foreign companies. PAL sold to an Australian company looking for a way to enter the American market and Townsend, which makes orthopedic braces, was purchased by an French company with similar ambitions. Coming out of this recession U.S. and foreign corporations are sitting on billions of untapped capital, and my guess is these won't be the last well-run local companies acquired by outside interests.


* ... JUDY GARLAND: Had a nice call from long-time resident David Kropf, who remembered a special day in 1931 when a young Judy Garland came to Bakersfield. "It was October 4, 1931, and Judy's father drove her from Lancaster in a 1928 Chevy. She was nine years old at the time. She sang at the Masonic Temple on 18th Street. It was a Monday night and the Santa Ana winds were blowing, but a thousand people showed up."  Kropf said Judy's father, Frank Gumm, played the piano while his daughter sang. Eight years later, at the age of 16, Garland was cast as Dorothy Gale in "The Wizard of Oz." She died at 47 due to a drug overdose. 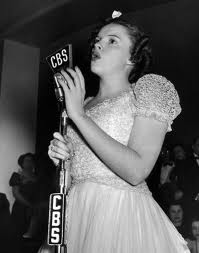 * ... SHOTGUN SPORTS: The Kern County Gun Club is offering free lessons in the basics of gun handling and trap and skeet shooting for youths aged 7 to 18. The club will provide the guns, ammunition, targets and instructors on February 12, March 19, April 9 and May 7. The instruction starts at 9 a.m. Call Cyndi Benson at (661) 205-8569 for more information. The club is located adjacent to the Lake Buena Vista Recreation Area and has always offered a robust youth program in the shotgun sports. 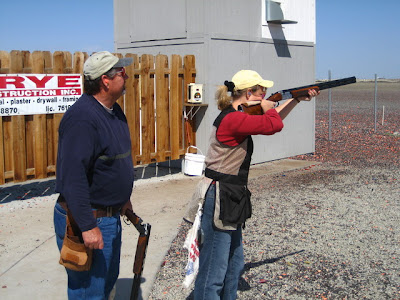 * ... BAKO MEMORY: Reader Shirley Strickler dropped me a note asking if anyone else remembered the public dances at the Armory and Lake Ming in the late 1960s. "I saw the Isley Brothers at the Armory. The crowd was never very big and for the most part in control. there was a live band every time and they were mostly local bands. You could never do this is today's world - the riot would be big and people would be dead!"

* ... DID YOU KNOW? The building that houses the Buena Vista Museum on Chester Avenue was originally a JC Penny's store? It later moved to 19th Street and Chester Avenue in 1949. The building is now owned by Michael and Cheryl Artz who also own the historic brownstone (McGill apartment building) at 19th and B street.

* ... BAKERSFIELDISM: From fellow Rotarian Vince Bertolucci: You know you're a Bakersfield old-timer if "you remember the large swimming hole, called the plunge, at Belle Terrace and Union Avenue. They also had a dance pavilion with named bands. I heard Jimmy Dorsey there when I was young."
Posted by Richard Beene at 11:36 AM