Luigi's won't be opening second outlet at the Racquet Club, and Jagels is roasted in retirement

* ... LUIGI'S OUT: It looks like the near perfect marriage of Luigi's Delicatessen and the Bakersfield Racquet Club won't be happening after all. If you recall, Luigi's was expected to open a small second branch at the downtown Racquet Club, replacing Big Popy's Deli which left at the end of the year. But now Luigi's co-owner Gino Valpredo says the family has had second thoughts and decided to pass. "We really need to focus on getting our rhythm" at the main 19th Street location, Gino told me. "We're sorry if we disappointed anyone." And who can blame him for focusing on his core business in this economy? But the idea of a second Luigi's location was intriguing to many, especially to all those loyal customers who know you have to arrive at 11 a.m. or earlier if you expect to get a table later in the week. Meanwhile, the Racquet Club will continue to look for a new vendor for its coffee and lunch shop.

* ... JAGELS ROAST: They packed the house at the Crystal Palace to roast retiring District Attorney Ed Jagels last week. Lois Henry, the Californian columnist who has tangled with Jagels over the years, wasn't invited but decided to crash the party instead and was warmly welcomed. There was a long list of speakers, including Sheriff Donny Youngblood, Police Chief Greg Williamson and even longtime courts reporter Steve Swenson, who got in some real zingers at Jagels' expense, all said with love. But it was Jagels himself who stole the show when he got his turn at the podium. Responding to Chief Williamson's dig at how long Jagels had served, Jagels retorted that he too remembered back when the police department actually had fitness standards (a clever shot at the chief's weight). 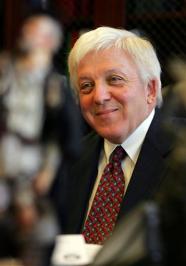 * ... SICK BAY: Heard the other day that old friend David Price, the retired director of the county's Resource Management Agency, is facing some medical issues. Dave is one of the nicer and most decent public servants Kern County has produced and last year retired to Johnson City, Tennessee, becoming a fan of the University of Tennessee Volunteers at the expense of his alma mater, Fresno State. But now he's now being treated for numbness and unsteadiness caused by calcification of his upper neck vertebrae, leading to compression of his spinal cord. He's scheduled to see a specialist at the University of Virginia next month. "You can imagine what a shock this is," he told me. "I knew I had some problems from prior diagnostic work but nothing like this... The scary part is I've been warned that even a seemingly small bump on the head could result in total paralysis, including ventilator." Keep this special man and his family in your thoughts. 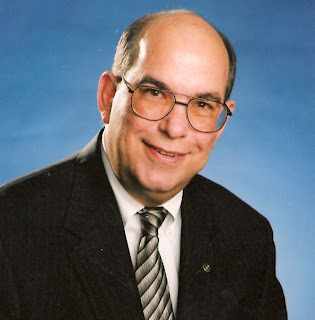 * ... SMALL WORLD: You never know when you're going to run into someone from Kern County, wherever you are. It happened to Lt. Jordan Buzzell, a pediatric dentist at the Marine Corps Air Station Miramar, when had a chance encounter with Sgt. Michael Walth at the Miramar dental clinic. Buzzell is a 1998 graduate of Taft Union High School and Walth is a graduate of Maricopa High, class of 1999. Said Buzzell: "We didn't know it but we are both stationed here at Miramar and met yesterday when Michael came in for an appointment with me. I am actually a pediatric dentist now on temporary assignment to this clinic after serving two years in Japan... so the fact that we met was even more surreal. Michael has already served on two deployments to Iraq and Kuwait and is now awaiting word on duty as a recruiter for the Marines."


* ... SPOTTED: Monsignor Craig Harrison moving through the crowd at the Padre Hotel bar like a rock star, shaking hands, chatting and causing one women to remark: "Someone has to introduce him to me. I'm ready to become a Catholic!"

* ... BAKERSFIELDISM: From reader William Upshaw: You know you're a Bakersfield old-timer if "you remember the sugar cane field at Oak Street and Brundage Lane."
Posted by Richard Beene at 12:43 PM

Love living in a town where one of our monsignors can walk through a local bar/eatery and is greeted like a rock star, and where our chief of police is accessible and has a sense of humor, and when our sheriff and new D.A. agree to be interviewed and photographed with their hilarious dogs. Yes, I'll take this armpit any day.

My best wishes to Dave Price, aka DPIII and"Mountain Man." I thought he was an alumnus of Hastings.
Truly a neat person and I am sorry that I have not gone to visit him on my annual Bakersfield to the far east coast journeys. He is in our prayers.