* ... FACTOIDS: Read an interesting piece in The New York Times about our changing society. The data comes from the 130th edition of the Statistical Abstract of the United States, the annual profile of the nation published by the Census Bureau. Some facts:
- As a nation we ate less red meat and also ate fewer veggies, but drank more wine.
- The marriage rate is the lowest since 1970 but divorces have held about the same.
- A record 41 percent of all live births were to unmarried women. That is up 22 percentage points since 1980.
- In 2008, there were 7.3 million adults in jail or on parole or probation, a record high.
- In 2007, airport screeners confiscated 1.1 million knives, almost 12,000 box cutters and 1,416 guns.
- And finally, four states - Minnesota, Iowa, North Carolina and South Dakota - have more pigs than people.


* ... GOOD VIBES: Mimi Audelo, an executive at San Joaquin Hospital, had a nice surprise the other day at the downtown Starbucks on 24th Street. "When I got to the window, the young lady, who was very happy and having a very good time, told me my coffee was paid by the car in front of me. What a surprise. I know I didn't know the person in front of me. The young lady told me I was about the sixth or seventh car that had been paid by the car ahead. I had to keep the surprise going and the fun! What a great way to start the new year." 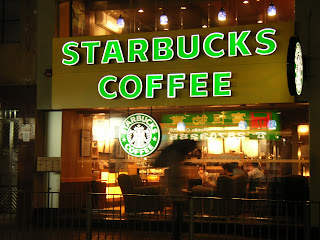 * ... WEDDING: Big wedding planned for Saturday over at St. Francis Church when Nicole Thurman and long-time boyfriend Jack Campbell Jr. tie the knot. Monsignor Craig Harrison will preside over the ceremony and a reception will follow for several hundred folks at Bakersfield Country Club, which has been spruced up for the event. Proud parents are Jack and Bonnie Campbell,  Steve and Terri Haupt and Van Thurman, the bride's father. The couple graduated from Garces Memorial High School and Jack currently plays defensive tackle for Cornell University. (photo courtesy of Cornell University) 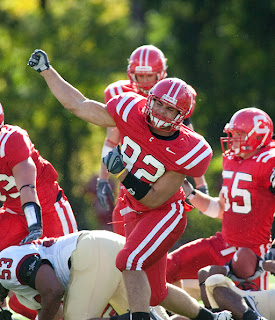 * ... SPOTTED: A Twitter post by Lisa Plank. who works over at the Bakersfield Association of Retarded Citizens:  "A hooker waved at me as I drove by. I may have to find another way to and from work as I am apparently on Union Ave entirely too much."

* ... RUMBLE: This is a big weekend for local cycling fans. On Saturday is the Rio Bravo Rumble, which features mountain bike races and a 5k and 10k walk and run. Kids race for free so this is always a popular venue for families. Registration is at 7:30 a.m. and the race begins at 9 a.m. All proceeds go to Bike Bakersfield.

* ... CYCLOCROSS: And don't forget the state Cyclocross Championships which will be held this Sunday at Hart Park, running from 8 a.m. to 1:30 p.m. If you haven't taken in this cycling sport, this is a good chance to see some of the best riders in the west tackle an off-road course full of obstacles. Sam Ames, manager over at Action Sports, always puts on a good show and predicts some 300 riders will participate. 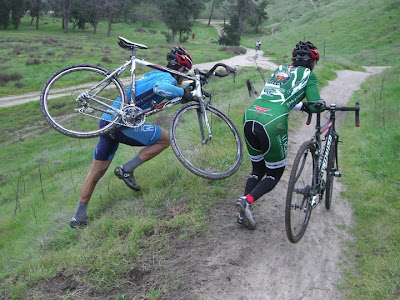 * ... BAKERSFIELDISM: From reader Robert Mergler: You might be from Bakersfield if  "you were one of us shaking Ronald Reagan's hand at the Harvey Auditorium for the Lincoln Day celebration in 1962.
Posted by Richard Beene at 2:24 PM

YES! Longtime Starbucks patrons know that paying for the car behind you is an occasional and fun way to share some extra dollars we have in our wallets. It makes the barrista's (and the patron's) day. (It sure feels good to do it, too!) Random acts of kindness at its best.