* ... WEEKEND: Out and about over the weekend and so nice to see so many restaurants and retailers doing a brisk business. Over Imbibe Wine and Spirits on Truxtun Extension, it was a sellout crowd of 150 people Saturday afternoon for a "top 100" wine tasting. Owner Dave Dobbs said he had a waiting list of almost 30 people and couldn't be happier with the turnout. Also had a chance to catch up with Joe Munoz, patriarch of popular Casa Munoz Mexican restaurant on Union Avenue which enjoyed a full  house on Saturday night.  Joe took the time to brag about the two big bucks he and his grandson shot on a deer hunting trip to Colorado last year. Make certain you add this family-run restaurant to your list of favorite local eateries.

* ... CRABFEST: I was among those lucky enough to score a ticket to the St. Francis Parish "Crabfest" fund  raiser at the Kern County Fairgrounds Friday. This event annually raises more than $200,000 for the school and has evolved  into one of our community's most popular fund raisers. Tickets sold out within a week and even Monsignor Craig Harrison didn't have enough for all of his children. Huge piles of fresh crab, delicious salty ribs and wine were served, followed by the live auction of an adorable eight-week old puppy.

* ... MCCARTHY: Making the rounds at Crabfest was Rep. Kevin McCarthy (R-Bakersfield), who rose to Majority Whip when the Republicans gained control of the House. McCarthy comes back to the district almost every week, and now that he's Majority Whip, he's accompanied by three members of the U.S.  Capitol Police who are charged with protecting members of Congress. The plainclothes bodyguards were inconspicuous in the crowd but are now part of McCarthy's entourage. 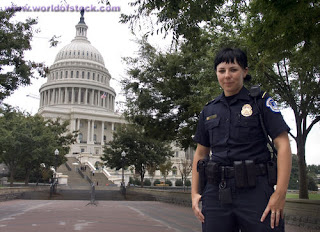 * ... HOMELESS SHELTER: Finally, I also shared a few moments with Louis Gill, director of the Bakersfield Homeless Shelter, who was enjoying Crabfest. With unemployment now well  north of 16 percent, Gill said the shelter is near capacity and he doesn't see things changing any time soon. The bad news: corporate donations have slid 20 percent in this recession, but the good news is that checks written by individuals have held steady. "I understand businesses have to cut back, but it's gratifying that so many individuals still support us. It's great to work in such a supportive community like Bakersfield."

* ... TILER PECK: Bakersfield native Tiler Peck is the toast of the New York ballet world. She was once again featured in the Sunday New York Times with a glowing story on her work with noted choreographer and director Susan Stroman. Peck, who was offered an apprenticeship with City Ballet at 15, is now a principal with the New York City Ballet where she continues to dazzle audiences. The story noted "she is not just irrepressibly dimpled, bouncy and game for anything (she recently appeared on 'Dancing with the Stars'). She is also - at the advanced age of 22 - and old business hand."  (photo courtesy of The New York Times) 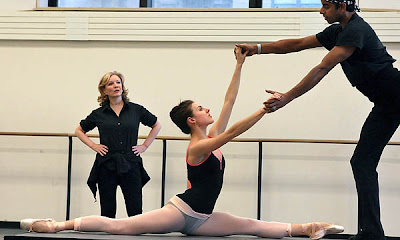 * ... BAKERSFIELDISM: You know you're from Bakersfield if "you remember the High Fever Follies put on by the Bakersfield Memorial Hospital Auxiliary in 1959. The question was: would anyone pay $8 for a ticket? The first Follies raised $13,5000 which was the most anyone had raised at that time." Thanks to Phyllis Adams for this nugget.
Posted by Richard Beene at 9:31 AM