Personal bankrupties shoot up 25 in California and what does your multi-media experience look like?

* ... BANKRUPTCIES: Should not have been surprised to read that the number of Americans filing personal bankruptcy shot up 9 percent last year. That's according to the Wall Street Journal which cited stubbornly high unemployment and the plunging value of our homes. California had one of the worst rates, up a full 25 percent, while the Southeastern states in the Deep South were faring much better. The rate of bankruptcies in Arizona, another state plagued by foreclosures, rose 24 percent.

* ... YOUNG GUNS: Interesting to note, also in the Wall Street Journal, that the new Republican leadership in the House of Representatives signals a marked generational shift. For example, incoming Majority Whip Kevin McCarthy, from Bakersfield, is 45 years old while the outgoing whip, James Clyburn, is 70. The new House Republican leader is Rep. Eric Cantor, who is 47. He replaces Democratic leader Steny Hoyer, who is 71. Said the Journal: "The broader question is what substantive impact  this wave of new, young Republicans will have on Congress's work. Mr. Cantor says the generational change will produce more unconventional approaches - and that the newcomers' common denominator is a commitment to attack government spending." 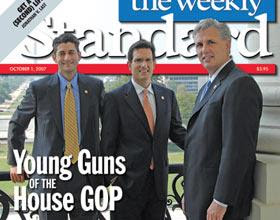 * ... TABLETS: Spent a full day crossing the country on airplanes the other day and couldn't help but notice the explosion of iPads, Kindles and other tablet-like devices carried by passengers. One middle aged man seated next to me spent the five-hour flight shuffling among his iPad, a Dell laptop, a newspaper, his Blackberry, and a hard-cover book on golf. His travel companion was reading a book on a Kindle and doing the crossword puzzle from The New York Times. Talk about a multi media experience. 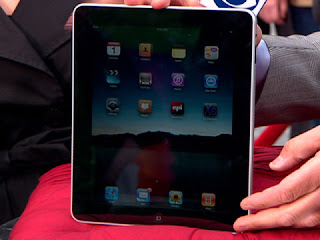 * ... LOCAL SYMPHONY: Jerome S. Kleinsasser wrote in to comment on reader Walter Stewart's observation about the Bakersfield Symphony Orchestra, referring to Antonin Dvorak's  Symphony in E-Minor No. 9. "Our community is blessed to have such a dedicated and accomplished ensemble of players with a tradition dating all the way back to 1932 in the depth of the Great Depression. The Symphony continues to regularly provide our community with the finest in orchestral music. The next concert is on February 5. I hope you will join us."


* ... FLYOVER: Ever seen one of spectacular military flyovers at a college football game?  I witnessed one involving some vintage World War II era fightsers at the Gator Bowl in Jacksonville, Fla., and now I learn one of our local kids was flying a Navy FA/18 E during the flyover at the Rose Bowl in Pasadena. Tyler Hurst, a 2000 graduate of Stockdale High School and later the Naval Academy, was piloting one of the four jets that swooped low over the Rose Bowl, according to this parents, Marilyn  and Dave Hurst. They said the jets were part of VFA 147, the Argonauts, stationed at Lemoore Naval Air Station.

* ... RESOLUTION: How is this for a New Year's resolution: let's all commit ourselves to getting into shape and shaving those excess pounds. Kern County has one of the highest obesity and heart disease rates in the state, and it's time we got off that list.

* ... BAKERSFIELDISM: From Kurt Seeger: You know you're a Bakersfield old timer if  "you saw Jim Morrison at the Doors perform at the Civic Auditorium in the 1960s."
Posted by Richard Beene at 10:49 AM