* ... HOME SALES: Looks like we're in for more turbulence before we see a real recovery in the local real estate market. Analysts now say the recent drop in the foreclosure rate was only temporary, caused by lenders "putting the brakes" on repossessions because of the focus on faulty foreclosure practices. But now the big banks are expected to restart foreclosures  "with a vengeance," signaling a surge in repossessions this in the first quarter of this year. RealtyTrac vice president Rick Sharga told The Los Angeles Times that the U.S. housing market's recovery "would be set back three months because of the delays involved in the foreclosure fracas." Meanwhile, local Realtors are digging in for another bumpy ride before things start to improve. 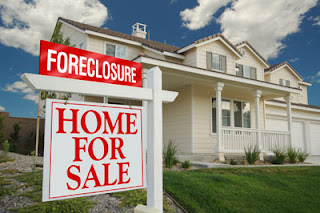 * ... DEZEMBER GIRL: Here's a unique way to spend New Year's: Longtime  Bakersfield residents Brent and Anna Dezember ushered in the New Year halfway across the globe in Qatar, visiting their eldest daughter Michelle. Michelle is director of education for the Museum of Modern Art, Mathaf, Qatar. As a member of the executive team, she served as master of ceremonies for the opening of the museum as her proud parents looked on. She has been in Qatar about a year. Michelle graduated from Santa Clara University, was a Fulbright Scholar, studied at the University of  Barcelona and worked at the Brooklyn Museum before heading to Qatar. (photo courtesy of the Santa Clara University) 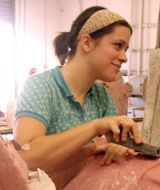 * ... MIGS: Carl Bryan wrote in to join the chorus of local folks recalling Migs Apsit, the popular Bakersfield High School teacher who used to lead tours of the country during the summer. "I was fortunate enough to participate in Migs' USA tour the summer of 1960 (after my freshman year). Migs and his wife (nicknamed Tiny, I believe) and a few other chaparones accompanied by about 65 students on a big bus that went generally counter clockwise around the country. In seven weeks we passed through 37 states." Bryan noted that Migs was the head football coach at East. "Because of Migs' college football background (at USC, I believe) East High ran a single-wing offense. Migs also had the nickname of 'Hoppy' because he had been a part-time stand-in double in the movies for William Boyd, who played the part of Hopalong Cassidy."

* ... DID YOU KNOW? The stately brick home located at 20th and B streets was built for Ellen Baker, the daughter of town founder Col. Baker. The house later became a Catholic boy's home and is now restored as a private residence and law office.

* ... BAKERSFIELDISM: From reader Walter Stewart: You know you're a Bakersfield old timer if "you remember when the Bakersfield Symphony Orchestra was giving concerts when Anton Dvorak's Symphony in E minor No. 9 (From the New World), Op. 95 was known as Symphony No. 5. This is not a joke." I'll have to trust you on that one, Walter.
Posted by Richard Beene at 5:58 AM