* ... RUNNER BASEBALL: A few days ago I wrote about 77-year-old Jean Sherwood, who wondered why there wasn't a senior discount to attend the Cal State Roadrunner baseball games. Unlike other schools that do (Fresno State, Cal State Fullerton, Long Beach State and Stanford among many others) school spokesman Rob Meszaros called the $7 ticket a fair price and reiterated the "no senior discount" policy of the school. But Jean Sherwood and her 80-year-old husband can take heart, because an anonymous donor contacted me and offered the Sherwoods his own season tickets, on behalf of the team. "Wow!" Jean told me. "I am overwhelmed! People are so giving and my husband and I are very thankful."  The donor told me he was concerned the CSUB administration was out of touch with the community and what it takes to compete on the Division 1 level. "There is a sense of superiority as well," he said. "I sometimes think that university administrators believe that the lack of relationship between the community and the school is a result of the community lacking sophistication rather than the school's lack of effort and engagement.... That's why Ms. Sherwood was treated the way she was." I would only add this: No university can afford to squander the goodwill of people in the community who want to support it, and that's the position the CSUB administration finds itself in. That's called biting the hand that feeds you.

* ... LEVAN'S GIFT: In contrast to the CSUB's position, you might want to consider what happened Thursday up at Bakersfield College. Yes, it may only be a two-year school but that doesn't seem to matter to Dr. Norman Levan, the local dermatologist who is donating $14 million to BC for scholarships and other initiatives. This is one of the largest gifts from a private citizen to a community college ever in the United States. BC is known for its rabidly loyal alumni, and you have to wonder what the school has done over the years to engender such goodwill. One thing it does do is to reach out to seniors. When the BC Foundation holds its annual barbecue to raise money for BC athletics, it offers a senior discount.


* ... WAR BIRDS: Don't be surprised if you look into the sky on Monday and spot a couple of old war birds flying low overhead. A lovingly restored B-17 "Flying Fortress" bomber and a rare Curtiss P-40 Warhawk will take to the skies Monday afternoon. It's all part of the Liberty Foundation's "Salute to Veterans" tour to remind people of the sacrifices made to protect our freedoms. On April 2, the public will be invited to view the planes at Meadows Field. 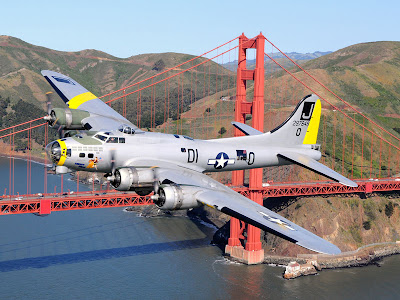 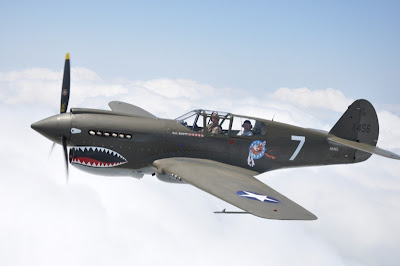 * ... DUTCH HOLLOWAY: Reader Jim Barton wrote that he was pleased to read about the old Dutch Holloway air field that sat where the Green Frog Market on Bernard Street now stands. "My mother, Beatrice Barton, recalls on her ninth birthday, May 7, 1920, Dutch somehow learned she was a birthday girl and gave her a free celebratory ride. The family was living on Pacific Street back then and of course when the kids heard his aircraft they would all run down to the landing strip. The birthday girl will be celebrating number 100 in a few weeks."


* ... WAYNE'S: And speaking of the drive-in of the past, reader Dave Parker asks "has anyone mentioned the one that used to be on the southwest corner of Chester Avenue and Fifth Street?  I think it was Wayne's. It was within walking distance of Bakersfield High School  (known as Kern County  Union High School at the time.)"

* ... BAKERSFIELDISM: You know you're a Bakersfield old timer if you remember the old Frontier Days parade downtown. Regular contributor Glenn Worrell was six years old in 1938 when he sat in the window sill on the second floor of the Hay Building (between Eye and H streets) and watched the parade coming down 19th street. "It was celebrated for several years but never came back after World War II. The ladies wore long dresses and bonnets and the men wore western."
Posted by Richard Beene at 12:55 PM

I hope they will lift the "no senior discount" policy for seniors.

I agree the seniors should have discounts and other amenities available to them.