Rep. Kevin McCarthy (R-Bakersfield) and House Majority Whip, is among a group of influential House Republicans who head to the old House gym several mornings a week for a vigorous workout. The routine: Tony Horton's P90X workout that "confuses" the muscles by continually working different groups. McCarthy told The Wall Street Journal that he lost 28 pounds with the routine but since has put seven back on. (photo by the Wall Street Journal) 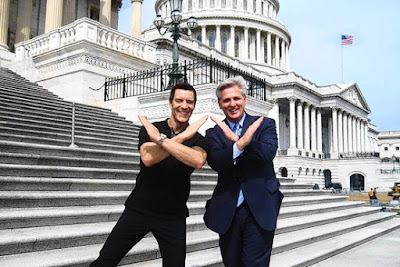