* ... HOUSING: More sober news on the  housing front showing new home construction is nearing all-time lows and more than half of existing mortgages are now under water. The lack of new construction is good news for sellers, who no longer have to compete with new homes on the market, but terrible for the overall economy in the loss of jobs. Gary Crabtree, a local appraiser and one of the foremost experts on housing, told me on SmartTalk 1230 Californian Radio that a home should no longer be considered an investment where the asset always rises in value. "It's an emotional decision," he said, noting that the average house has lost value each of the last six months. My take: I love the idea of walking into my 100-year-old bungalow knowing I own it and don't have to answer to a landlord, and am cognizant that its value can go down, as well as up. 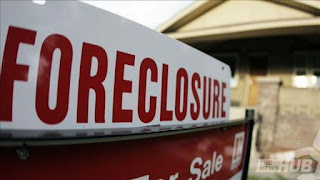 * ... PADRE: From my mailbag: Reader Ginny Espinoza wrote to say she too heard the false report that Padre Hotel was going out business and is glad it isn't true. "We went to the Padre to celebrate our 45th anniversary, our first time at their restaurant. We had a wonderful time! The food was absolutely first class, our waiter (Pedro) was outstanding and we just happened to visit on Wednesday when bottles of wine were half price!" She later heard the rumor that the Padre was going out of business (it started with a brief on "Kern's Past" in The Californian noting that the hotel went out of business a half century ago) and was thrilled to hear it was not true. "Thanks for correcting the record!" 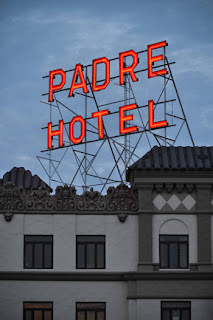 * ... PERMENTER: Marlene Morales, head of marketing over at Chain, Cohn and Stiles law office, ran into legendary Foothill Coach Ned Permenter the other day. "I never realized how long he and Bob Ezell coached together," she told me. "They coached together for 37 years of varsity football, and that might be a record for two coaches at the same high school! Ned stated that you will never find a more loyal and dedicated guy than Bob Ezell, and he was so blessed to have him all that time. What is even more amazing is the fact, he never missed one day of school during his entire career at Foothill. Coach Permenter is a legend himself too."

* ... RIP GORDON: Was sorry to hear of the death of Gordon Johnson, a retired orthodontist who truly was one of our community's kind souls. I met Gordon more than a decade ago when I joined the downtown Rotary Club, where he never missed a meeting. Always engaging and smiling, he was one of the first to welcome me into the club and always had a kind word to say. Condolences to his family. 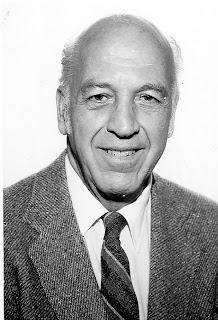 * ... GOODBYE GAYLEN: We lost another good soul when former KGET anchor Gaylen Young was killed in a Utah traffic accident. Turns out Gaylen was in town and at the downtown Post Office just two days before his death, chatting up the postal workers as he always did. He had moved to Utah but was still doing work for local companies at the time of his death. Gaylen endeared himself to audiences with his  upbeat attitude and his constant cheer leading for local businesses.


* ... OLD TIMER: Realtor Patsy Sadler wrote to say you know you're from Bakersfield "if you were in the first four-year graduating class at Foothill High School."
Posted by Richard Beene at 2:54 PM

So sanguine about housing prices and one's bungalow today; so anxious and furious when trying to sell a McMansion.

Downsizing has its benefits