More kids select their colleges, Chancellor Oil celebrates an anniversary and pulling for a recovery for David Price

* ... COLLEGE BOUND: Alexis Bailey, who is 12th in her class at Liberty High School, is heading to Dominican University in San Rafael on an academic scholarship. Proud mother Lynn Bailey told me her daughter was awarded a merit scholarship along with the Luther G. Smith Scholarship to allow her to attend Dominican, where she will major in international business. She hopes to work overseas and plans on earning her MBA as well. Alexis has an unweighted GPA of 3.9 and a weighted GPA of 4.88, impressive on any level. "Thanks for letting me 'sound her horn' as my dad used to say," her mother wrote.

* ... ANNIVERSARY: Hats off to Chancellor Oil Tool Inc. that is celebrating its 50th anniversary in business. The company was incorporated in 1960 and in 1980 was purchased by the Townsend family. Tom and Mitch Townsend are the current owners. There are 28 employees involved in the manufacturing of Liner Hanger Tools and other products for oil production. Currently, some 30 percent of Chancellor's business is international. Helen Bown, office manager, noted that "we came from humble beginnings benefiting and learning from the ups and downs of the past... Our growth has been at a controlled 15 to 20 percent a year and a promising future lies ahead for Chancellor."

* ... SMARTTALK1230: Gary Crabtree is a local appraiser and may be one of the leading authorities in town on the local housing market. He's a straight shooter and tells it like it is, which is why he will be my guest on Californian Radio on SmartTalk1230 on Tuesday at 10 a.m. We'll be talking about the local market, when we might see signs of a recovery and  what went wrong.

* ... SICK BAY: David Price III, the former head of the county resource management agency, continues to struggle after a series of operations in Virginia. Price retired from the county and moved back to Tennessee but has since undergone four operations in seven weeks. He's currently at the University of Virginia Medical Center in Charlottesville. His family is asking for our thoughts and prayers for a speedy recovery. 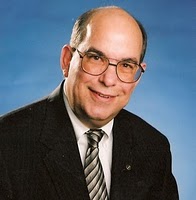 * ... BAKERSFIELDISM: This nugget comes from reader Al Gutierrez: "You can claim a real Bakersfield old timer moniker when you recall having attended Fremont School during the mid 1940s when it was located at the southeast corner of Highway 99 (now Union Avenue) and Eureka Street. If you lived west of '99' you had to use an under-ground, east/west tunnel in order to get to and from school. Fremont School was re-located to Texas Street (SE) during 1954, probably another consequence of the 1952 earthquake. A motel now occupies the old Fremont School properties, just south of Casa Munoz."

* ... WHO KNEW?  Cal State Bakersfield’s six residence halls are named after places in J.R.R. Tolkien’s “Lord of the Rings,” such as Rivendell, Entwood and Numenor.