* ... AIRPORT NIGHTMARE: It was a nightmare at Meadows Field Tuesday morning when some 30 passengers were stranded when their Phoenix-bound US Airways flight left without them. What happened? It seems the TSA X-ray baggage screening machine broke on Monday, forcing every piece of luggage to be hand checked. Passengers who showed up over an hour early  for the 6:20 a.m. Phoenix flight didn't make it through the screening in time and the plane left without them. There was no warning of this on the Meadows Field website and no email alert from the airline, leading one passenger to moan, "Another reason not to fly out of Bakersfield." Meadows Field director Jack Gotcher told me the machine was fixed by midday Tuesday and he had no idea why two days passed without it being repaired. "This is a TSA issue," he said, noting that four flights leave within an hour of each other in the morning to Phoenix, Denver, Los Angeles and San Francisco and there is little room for error. 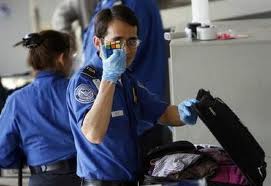 * ... DOUBLE DIP: It looks like the dreaded "double dip" in housing is now official. Prices continue to fall as tens of thousands of foreclosed properties queue up to move through depressed markets across the country. One expert told CNBC that "our fingers are crossed" that housing may begin to recover in late 2012. Meanwhile, The New York Times reported that the percentage of Americans owning homes has sunk to 1998 levels and will drop further because of general disenchantment with the market.


* ... KERN RIVER: Spent Memorial Day paddle boarding on the Kern River, starting at Beach Park and ending up 6.5 miles downstream at the Park at River Walk. Friend and columnist Herb Benham promised a stress relieving bit of exercise mixed with pure unmitigated fun, and he didn't disappoint. Ninety minutes of pure bliss in a bank to bank river that bristled with wildlife, affording a spectacular view of our community thanks to the record snowfalls. The Kern should have water most of the summer, and this particular area is generally shallow and fairly safe. 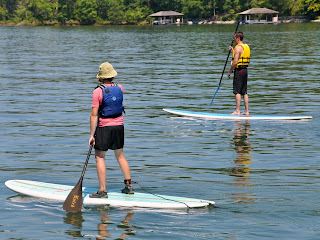 * ... IRISH: Amazing how many local kids end up at Notre Dame, and here are two more who just graduated. This from Cindy Gallegos: "I just wanted to let you know that our family just returned from South Bend, Indiana. We were there to see our daughter Chelsi Gallegos (Garces class of 2007) graduate from the University of Notre Dame.  She will be living in Chicago and working for the Aon Corporation. We were also able to visit with the family of Ricky Gonzalez (East High class of 2007). Ricky will be working for General Mills in Minneapolis. We are very proud of both of them. Go Irish." 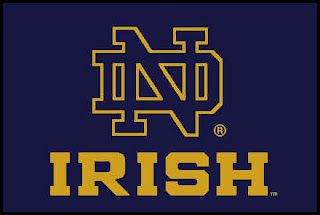 * ... HOFFMAN: Hoffman Hospice held a fund raiser last week and got an unexpected boost when dinner with BakersfieldLife's Dining Divas brought in a whopping $3,500. Wendy Porter, director of the  Wounded Hero's Fund, was the top bidder and is anxious to dine with the Divas. The  Divas include Californian columnist Lois Henry, Robin Noble, Kim Jessup,  Sofie Zimmermann and Sofia Ronquillo.  Each month the Dining Divas review a local restaurant about town and apparently it can be a lively group.

* ... MEA CULPA: I goofed in an earlier post about an upcoming book signing this Saturday at Russo's Books. The local author is Shirley Castro and the book is in the Pelican Family Series. Turns out Shirley does not live at the beach and lives right here in Bakersfield.

* ... MEMORY: Karen Earl DeWalt wrote to wonder if anyone remembers "Sudds Hardware on North Chester and the Standard Malt Shop on Ferguson next to Standard School?"
Posted by Richard Beene at 1:27 PM

Please note where the paddle board photo was acquired. This is definitely not the Kern River.

It's a lake shot taken from a paddle board website... not sure where the lake is...

regarding the flight. USAir is famous for HORRIBLE service! Doesn't surprise me they'd be stupid enough to take off without their customers. On the internet there are websites detailing similar moronic actions.

I am interested in learning more about standup paddleboarding in Kern County. Please email me with any information, hp@bakersfieldremodel.com