* ... HOUSING: Local appraiser Gary Crabtree, arguably the foremost authority on the Kern County housing market, added some perspective to news that the nation's housing market has hit the dreaded  double dip. "Let's not hammer another nail in the Bakersfield market coffin just yet. My independent research for the first quarter of 2011, indicates that the Bakersfield market is still 2.7% above falling into the 'double dip' category. My preliminary numbers for May indicate the median price rose last month to $131,750 or an increase of 4.6% over March. Sales volume has remained stable at around 550 units per month and foreclosures have remained stable at an average of 400 units per month over the last year. Well conditioned 'short sales' are receiving multiple offers  What is driving the Bakersfield market? Investors - they account for 1 of every 3 sales in Bakersfield in the past year." 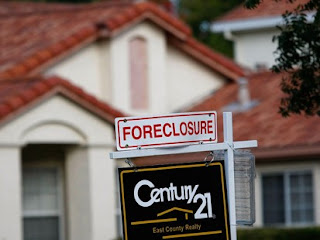 * ... FIRST FRIDAY: It's time for another First Friday downtown, and yes First Friday is alive and well. There seems to be some confusion about that since the advent of Third Thursday, a new event which replaces the old Chester Avenue Street fairs sponsored by the Downtown Business Association. These are two distinctly different venues serving different audiences. First Friday is more high brow, focusing on the arts district, art galleries and downtown businesses and restaurants and is the brainchild of Metro Galleries owner Don Martin. Third Thursday seems to be an extension of the old street fair idea with kettle corn and other street vendors hawking their wares, though it has moved to the more attractive Mill Creek Park. Different experiences, but both deserving of our support.

* ... METRO EXHIBIT: And speaking of First Friday, Metro Galleries will feature an all-women art show that will benefit the Women's and Girls' Fund, part of the Kern Community Foundation. The show is called "Chronicles" and features the art of Chris McKee, Claire Putney, Barbara Reid and Marlene Tatsuno. Also on display will be new works by artist Heidi Rufeh. A portion of the opening night sales will be donated to the Women's and Girls' Fund. Metro Galleries is located on 19th Street but make sure you visit the other galleries, businesses and restaurants in the downtown area.

* ... TUITION: The annual cost of tuition, room and board and a private, four-year college has not soared to $37,000 and tops $50,000 at some elite schools. For public schools, the average annual tuition is $16,000. The University of California system's tuition is set at $11,000 and change but could rise dramatically if the state budget is not brought under control.

* ... CSUB SPORTS: Did you hear that three CSUB sports teams (men's basketball, women's water polo and golf) were among eight NCAA Division 1 sports programs in California that have been warned by the NCAA for poor academic performance? Not surprisingly, a supporter of the embattled wrestling program wrote to point out that three of the ten starters on the CSUB wrestling team are on the national All Academic Team: David Morgan, Elijah Nacita and Tyler Iwamura.

* ... OVERHEARD: A downtown resident is heard telling a friend that he has taken to mowing the lawn of the abandoned house across the street because he fears its dismal state will hurt his chances of selling his own home.
Posted by Richard Beene at 1:35 PM