* ... CAFE MED: Hats off to Meir Brown and his crew over at Cafe Med, which is celebrating 20 years in business. I visited Cafe Med my first week in Bakersfield more than 17 years ago and it has remained one of my favorite dining spots ever since. Meir always makes his customers feel special and through July 10, he is offering a free dessert with lunch or dinner. 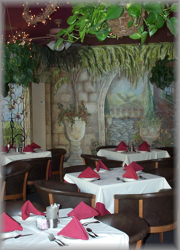 * ... PROPERTY TAXES: Here's some good news for city and county officials: the taxable value of all property in Kern County has been put at $84 billion, an increase of about $2 billion over last year. Assessor James W. Fitch's office said that is largely due to increases in the oil and gas industry due to investments in new construction. Agricultural and wind energy properties also showed an increase. Homeowners, however, didn't fare so well. Of the 200,000 residential properties in Kern County, about 80,000 actually lost value. The office said some properties had lost value for four straight years. Of course, that does mean lower property taxes but also fewer dollars to local government. 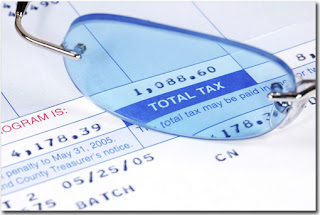 * ... KERN RIVER: The kayaks, paddle boards and tubes are out in force on the Kern River between Beach Park and the Park at River Walk. Of course, who knows how long we'll have water in the river, but it doesn't take much of an imagination to think about all the commerce - restaurants, water craft rentals etc - that would grow up along the river if we had year-round water.


* ... RAGGAE: The recent Reggae Fest and Art Show in Stramler Park was apparently a big success, but not with everyone. One reader, Martha Gray, said he was appalled at the foul lyrics used by the bands at what she felt was advertised as a family event. "What I witnessed was dancing fit for Deja Vu that was also seen by many youngsters in the crowd, and triple X-rated lyrics that were sometime chanted by the crowd of maybe 500 people. Stramler is a county park and the county should be monitoring whether a concert is adults only or a family event."

* ... Y MEMORY: The movement to restore the local "Y" (formerly known as the YMCA) to its previous glory drew this memory from long-time Bakersfield plaintiff's lawyer Milt Younger. He was about six years old when he attended a summer camp in the Sierra's sponsored by the YMCA. The camp director was Pat Kelley, who later went on to become a state Assemblyman, and Younger said he shared a cabin with Pat's twin boys, Tom and John Kelly. Of course John Kelley went on to become a Superior Court judge while his brother became a real estate developer. Younger said a camp counselor once found the twins fighting and promptly hauled them down to a creek and dunked them. That stopped the fight, at least for a time being.

* ... RIO GRANDE: Geraldine Sproul wrote to say she too remembers the old Rio Grande service station that stood at the corner of North Chester and Robert's Lane where the McDonalds now stands. "I happen to have a picture of Emmit Blaisdell and Richard Blaisdell sitting on a three-wheel Indian motorcycle" in front of the station in 1944. That would two years before the parents of Kenny Barnes ran the station. Sproul said the Blaisdells owned the whole corner there and the brick building that faces North Chester that is now Oildale Glass. "The brick building was originally a bakery. Then in the late 1940s or 1950s it become a cabinet shop."

* ... BAKERSFIELDISM: Denney Evans writes that you may be a Bakersfield old timer "if you remember the Jimi Hendrix concert at the Civic in the late 1960s. Pretty sure I was there."
Posted by Richard Beene at 1:19 PM

Your newspaper is riddled with so much misinformation, I would find a million other things just like this...sad!