Layoffs pick up as the national economy stalls, but good news for local horse owners

* ... ECONOMY: There's more bad news for the economy. The Wall Street Journal reports that the anticipated second half recovery is not happening, and in fact more firms are now laying off records number of workers. Companies as large as Cisco and Lockheed Martin Corp. and as small as Cracker Barrel Country Store have announced more layoffs as firms respond to sagging sales and uncertainty over the debt crisis. "Behind the cuts are jittery employers whose faith in the recovery - and by extension consumers' willingness to spend - has been shaken," it said. "Companies are maintaining profit margins by cutting jobs and costs, and, for the moment at least, are investing in efficiency-enhancing equipment rather than new workers."

* ... EQUINE VIRUS: Good news for horse owners. It looks like the danger of contagion for the equine herpes virus has passed and it's now safe to transport horses to shows and other competition. That's the word from John Tolley, a veterinarian at Bakersfield Veterinary Hospital. He praised the local horse community for keeping their horses and home and eliminating contact with other equines during the past few months.

* ... CHARITIES: Teri Goree is one of those people who are growing weary of being constantly hit up for $1 donations at grocery and department stores. "It is especially annoying when the automated machine asks for a donation, I click 'no,' and the clerk asks me again!" she said. "I've been told they are required to ask every customer, but some clerks are just over the top zealous about it and make me feel like the lowest of the low for politely declining to participate." Like others, Teri said she and her husband already have their favorite charitable causes that align to their personal values. "One of these days maybe my response will be, 'Sure, I'll donate a dollar to your charity if you'll donate a dollar to mine!"

* ... SPOTTED: Ruben Rosales, one of the owner of Happy Jacks, and grandson Kadel Hock from the Napa Valley were seen cleaning the riverbank of trash from Oak Street to the 99 Freeway. Kadel asked his grandfather why anyone would leave so much trash at a public park. Now that's a good question.

* .... PLASTIC SURGERY: Would it surprise you to know that men comprise one of the fastest grow areas in plastic surgery and cosmetic enhancements? On Friday on Californian radio SmartTalk 1230 I will interview Dr. Milan Shah and Dr. Brett Lehockey from Dr. Shah and Associates to talk about trends and popular procedures in Bakersfield. You might be surprised by what you learn. The show runs from 10 a.m. to 11 a.m. 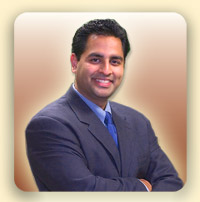 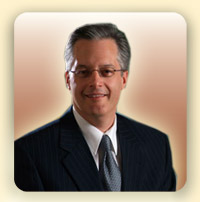 * ... BLAZE: This Friday night is YMCA night at the Bakersfield Blaze game. Tickets purchased at the Kern County Y are half off and can be purchased at 5880 District Boulevard for $7. "Our cheer leading squad with our theater arts kids will lead the crowd in the YMCA song before the game," said Clete Harper, CEO of the local Y.

* ... DID YOU KNOW?  Did you that graffiti artist “Chaka,” who gained notoriety tagging walls in Los Angeles, is now helping troubled youth in Bakersfield by teaching them to channel their pain and frustration into positive art projects and community involvement? His commissioned murals can be seen in East Bakersfield.
Posted by Richard Beene at 11:19 AM

As a customer I can sympathize about being constanty "hit on" to donate but as an employee I can't. Do you actually think employees WANT to harass customers to donate? It is our job to do so. We are watched for not only how many time we ask but HOW MANY TIMES WE SUCCEED. A donation can make an enormous difference in everything from treats to job evaluations. WOrking in retail for years I have been required to ask for everything from charities, to email addresses, to credit applications and trust me on this, it was NEVER my idea and I hated it when customers took their anger out on me. CL Farley