* ... TRIBUTE: Jamie Henderson, who retired as superintendent of the Rosedale Union School District, dropped me this wonderful tribute to career educator  Lloyd Palmer, who died recently. Palmer spent 30 years as a social studies teacher at Curran Junior High, where Henderson found himself as one of Palmer's students in the early 1960s. "Kennedy was president, we had just come through the Cuban missile crisis and John Glenn had circled the earth.... It was a good time to be studying U.S. history and the Constitution." Henderson said Palmer knew every student by name and was always upbeat and positive. Years later, when as Rosedale superintendent Henderson was dealing with a difficult challenge, Palmer called and offered his support. "Forty years after I had been in his classroom he still checked on his students and offered them encouragement. Mr. Palmer, I realize having you as a teacher was a true blessing from God. May God continue to comfort and bless you and your family." (Californian photo of Henderson below) 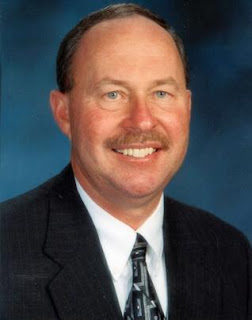 * .... TRAFFIC: The opening of the new Mohawk bridge connecting Truxtun Avenue with Rosedale Highway is proving to be a nightmare for morning commuters headed from the Southwest into town. Apparently so many drivers are using it to get off Rosedale Highway and onto Truxtun that it is backing up east-bound traffic on Truxtun almost all the way to Coffee Road. It seems particularly bad between 7:30 a.m. and 8 a.m. when traffic it at its worst. 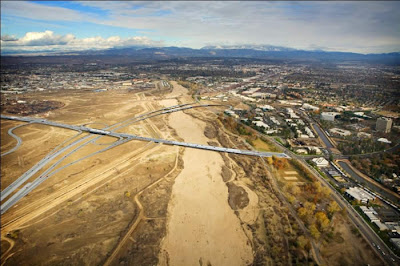 * ... CSUB: I will be chatting with Jeff Konya, the new CSUB Athletic Director, Friday (July 8) at 10 a.m. on SmartTalk 1230 AM on Californian Radio. Konya will lay out the strategic direction of the athletic department and answer any questions from callers. We will also discuss the embattled wrestling and women's tennis programs and the fund raising efforts to save them.

* ... SPAY, NEUTER: Did you know that one intact female dog, plus her offspring and their offspring, can product 67,000 dogs in just six years? That's the word from Ha Adolfo, founder of the Basic Needs Foundation. And that's why her group is hosting two free mobile spay-neuter clinics for low income pet owners of Lake Isabella, Wofford Heights, Onyx, Bodfish, South Lake, Mountain Mesa and Kernville. These clinics will take place on Saturday, August 20, and Saturday, October 22, from 7 a.m. to 4 p.m. in the parking lot of the Lake Isabella Vons. To schedule an appointment call 1-800-404-SPAY (7729).

* ... STREET CARS: John Pryor says you are an old timer if you remember the city's electric street cars that traveled on tracks back and forth between the Southern Pacific Railroad station on Baker Street, down 19th Street to the Santa Fe Railroad station on F Street at 15th Street, just north of Bakersfield High School. "On the very last day of the street cars operation, sometime in the 1930s, my father took me for a ride from Baker Street to F Street and back. He knew it was the end of an era for Bakersfield, and gave me an experience I still remember 70 plus years later!"


* ... BAKERSFIELDISM: From reader Kyle Estle: "You know it’s summertime in Bakersfield when the internal temperature on your outdoor grill is above 150 degrees BEFORE you light it!"
Posted by Richard Beene at 11:23 AM