Bakersfield makes another Top 10 list, this one for urban poverty and remembering the Army Air Corps

* ... POVERTY: One of the fallouts of this recession has been the spike in poverty in some of our nation's larger cities. And not surprisingly the hardest hit cities are those - like Bakersfield - that benefitted most from the housing bubble and are now struggling to recover. Bakersfield is ranked No. 3 on the list of the top ten markets with high poverty in urban suburbs, surpassed only by the Texas border towns of El Paso and McAllen. The Brookings Institute report noted that poverty "in the entire Bakersfield metropolitan area rose 23 percent from 2007 to 2009. The suburban portion of the metro has been affected far more. Bakersfield's two main industries, oil and agriculture, require a large amount of manpower. Much of this is supplied by immigrants, who often -- especially when it comes to agricultural jobs -- don't make enough money to lift them out of poverty. As of 2009, 29.1 percent of those living below the poverty line in Bakersfield were born outside the U.S. That's one of the highest rates in the country, according to Brookings." Others on the top ten list include Albuquerque, N.N., Augusta, Ga., Jackson, Miss., Little Rock, Ark., Modesto, Ca., Lakeland, Fla., and Fresno.

* ... AIR CORPS: Edward Gaede is a World War II veteran, having served 30 months in the Pacific, and gave me a call to correct a piece in the newspaper that recalled a U.S. Air Force bombing in Europe in 1942. Edward reminded me that the U.S. Air Force was not formed until 1947, and that prior to that the branch was known as the Army Air Corps. I should know since my own father served as a captain in the Army Air Corps and was fond of singing its fight song ('Nothing can stop the Army Air Corps!). Now 88, Edward lived for years in Shafter and now resides in Bakersfield, a proud member of "the greatest generation." 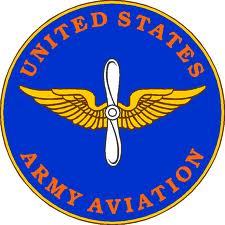 * ... ACCIDENT: A horrible accident between a bicylist and a runner led to the death of the rider, a 41-year-old Visalia school teacher. These things can happen quickly - in this case the runner turned around and ran right into the cyclists - it serves as a reminder that we all share the same road. This is the season for running and cycling, and locally both sports are enjoying a surge in popularity. In the Visalia incident, 41-year-old math teacher Scott Nelson was thrown off his bike and later died. Whether running, cycling or driving, be safe out there.

* ... AMGEN TOUR: City leaders are busy rounding up support to lure the 2012 Amgen Tour of California back to Bakersfield. When the tour made a stop in Bakersfield in 2010 it was a huge success, with thousands of spectators lining the Panorama Bluffs to watch some of the world's best cyclists race to the finish. The Tour skipped Bakersfield this year and coordinators are crossing their fingers we will get back on the map.

* ... HIGH ACHIEVER: Jason McPhetridge wrote to highlight his step daughter, Cynthia Begay, now a senior at UC San Diego. A Highland High School graduate, Cynthia's goal is to attend medical school (she did an internship at the Harvard Medical School in Boston) and eventually help treat Native Americans. She is half Native American and half Hispanic and recently left to work on a Navajo Reservation.

* ... AND ANOTHER: Another local youngster heading off is Prnay Copra, an honors graduate from Bakersfield Christian High School who is bound for Northeastern University in Boston to study behavioral neuroscience. Prnay, who graduated with honors at BCHS, is the son of Caltrans engineer Ray Copra and wife Ameeta.

* ... CALIFORNIAN RADIO: I will be interviewing Jeff Konya, athletic director at Cal State Bakersfield, Friday at 10 a.m. on Californian Radio SmartTalk 1230. Make sure you tune in as Jeff shares his expectations for the new year and we talk college sports.

* ... BAKERSFIELDISM: You know you're from Bakersfield if "you've become an expert at dodging tumbleweeds during the windy season."
Posted by Richard Beene at 10:45 AM