* ... CONFIDENCE: Nice to see gas prices down to around $3.50 a gallon around town, a welcome reprieve for local drivers. But it's clear this is about the only good news out there. Consumer confidence in the economy has plunged, thanks to a volatile stock market, high unemployment and political paralysis in Washington, D.C. The latest survey by the University of Michigan now shows overall consumer confidence at the lowest level since 1980. That has forced folks to sharply curtail spending, not only on major purchases like new cars and appliances but on everything from eating out to new clothes.

*  ... SMALL WORLD: In the category of "it's a small world," Larry Adams wrote that he visited  Prague recently with his grandson, Matt, when they stopped in a small sandwich shop that was adorned with old Coca-Cola signs. "To my absolute amazement in front of my table was a picture of the Sill  Building with a gigantic Coca-Cola sign on the roof. I thought 'not possible' but when I looked closer there was Kimball and Stone Pharmacy on the ground floor! I was almost speechless." The $70 lunch was not memorable, he added, "but seeing that picture was worth the price of lunch."

* ... KUDOS: Hats off to Lisa  Kimble Edmonston, the former  TV anchor and now local writer who won some well deserved recognition from her alma mater. Turns out Lisa has been named 2011 alumna of the year from Mount St. Mary's College, recognizing her years of community service. 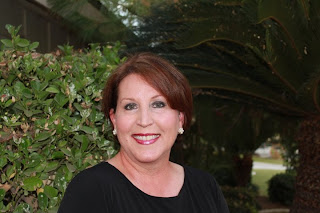 * ...  SPOTTED: In the parking lot of Fresh and  Easy at California and Stockdale Highway, a young mother is scolding her two children as she casually tosses paper cups and fast food wrappings from the back seat of her black SUV onto the pavement. Candidate for mother of the year?

* ... STILL THE JOCK: Local golf shop owner Ken Hurlbert took a break from building custom clubs to compete in the California State Games Track Meet recently in San Diego. After a 50-year absence from the sports, he took first place in the Masters Division (ages 70-74) in shot put, discus and javelin. Hurlbert was joined by his University of Redlands teammate, Charles Wilkinson, who still holds the all time Redlands javelin record with a throw of 248 feet and 9 inches back in 1961.

* ... RIP: Karla Jadwin wrote to remember James Michael Ellison, who died recently at the age of 67. Though he left Bakersfield a dozen or so years ago, he made a big impression while here "This was a wonderful, giving, funny guy," she wrote. "We met in Kiwanis when he served as president two years before I did. Since retiring from the Lompoc Fire Department and coming here to head the Red Cross he earned the nickname Pugsley ... because the goofus almost always wore striped T-shirts and Bermuda shorts to work!" Keep this family in your thoughts.
\
* ... BAKERSFIELDISM: From Riley Parker: You might be a Bakersfield old timer if you remember Lloyd Plank as the then 25-year-old manager of The University Shop and we all thought he was "old."
Posted by Richard Beene at 3:04 PM