* ... ULTIMATE SACRIFICE: I was saddened to read of the death of Marine Sgt. Adan Gonzales, the latest Kern County resident to die in the line of duty in Iraq or Afghanistan. Adan was a regular at Our Lady of Guadalupe Church and leaves behind a wife and young children. He was killed Aug. 7 in combat in Helmand province. He was just 28 years old. Adan's death and the quiet dignity in which he served stands in stark contrast to the behavior of our elected representatives back home, many of whom spend far too much time engaged in petty bickering while so many young men and women put their lives at risk overseas. Keep the family of Sgt. Gonzales in your thoughts. 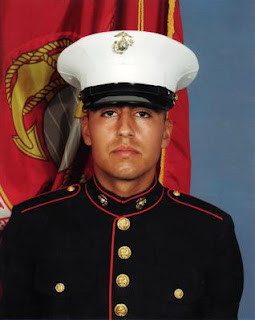 * ... PENSIONS: Did you read that the retired administrator of the city of Vernon receives a lifetime pension of $500,000 a year? That's right, and it is all perfectly legal. No one begrudges our public employees of a pension, but sweetheart deals like this one - done to buy peace with our public labor unions - has led to abuse of the system. According to The Los Angeles Times, CalPERS is now reviewing and reducing some top pensions, a long overdue exercise triggered by the scandal in the city of Bell.

* ... GOLF TOURNEY: Steve Urner remembers the Buck Owens Celebrity Golf Tournament when so many Hollywood names came to town. Said Steve: "Jane Sears was asking if anyone remembered the Buck Owens Celebrity Golf Tournament. I sure do. I was working at KAFY Radio at the time in 1976 when several of us volunteered to help out with the tournament at the Bakersfield Country Club. I was running ice to various holes in a golf cart. I remembered seeing John Wayne standing next to Mayor Don Hart, both the same height! Max Baer hit a golf ball farther than I’ve ever seen one hit! And while I was making my rounds, a 7-year-old kid with a head full of hair jumped in my golf cart and with his parents permission, rode around with me on my errands. He begged me to let him drive the cart. I did, and I’m sure that was the high point of his trip. He didn’t want to go home when it was all over, but his dad carried him off thanking me for watching him. His dad was James Brolin, and that kid was Josh Brolin.... I’m sure Josh owns a few golf carts by now... Fun times."

* .... TAFT COLLEGE: Big news out at Taft College where the school is getting ready to break ground on the 24,000 square foot "transition to independent living."  Sheri Horn Bunk, head of the Taft College Foundation, told me this will the the only "living and teaching facility" in a two-year college program for people with autism and intellectual disabilities. Since 1997, she said 95 percent of the graduates are all employed and 86 percent are living independently." These are impressive statistics for an innovative program.

* ... FRAUD: Yet more stories of credit card fraud, this one coming from Eileen Sanchez who discovered a $10,000 charge made in Florida. "The charge was a truck accessory and it was not mine," she said. At the same time, my mother-in-law's credit card was compromised as well. Just though you would find it interesting that this type of fraud is rampant and Florida seems to be the hot spot."

.* ... BAKERSFIELDISM: You know you're a Bakersfield old timer if "you remember the Carnation Ice Cream processing plant and soda fountain on South Union Avenue. As a school kid we were taken on field trips on hot Bakersfield summer days and treated to a tour of the coolest place in town and a cone thrown in for good measure. It was my mother's favorite place to have a hot fudge sundae as well." Thanks to Rhonda MacGillivray-Brady of Tehachapi for that nugget.
Posted by Richard Beene at 1:32 PM

I just wanted to point out that the article you reference discusses abusive pensions for city administrators, mostly city managers. City managers do not have unions and therefore they cannot be blamed. In most cases city managers negotiate their contract exclusively with the city council via a liaison of some sort. While there may be curious circumstances around city administrator's contract negotiations, buying peace with public employee unions is not one of them.