* ... CAL BEARS: Robert Hargreaves wrote to weigh in on the old Cal Drinking Song, saying the lyrics referred to the town of Lakeport, not Newport. Hargreaves should know, given his family's history with Berkeley and the UC system. "My grandfather got his BS and MS from Berkeley in the early 1900s," he said. "Both my parents graduated from Berkeley back in the 1930s, back when Berkeley was still an ag school. I graduated from UC Davis with a BS in agricultural education and a doctorate in Veterinary Medicine. My brother Bruce graduated from UC Santa Barbara and then went to New York for his PhD. My son Leo graduated from UC Irvine. My granddaughter, Cassie Horn, is enrolled at UC Irvine. Five generations of UC attendees." 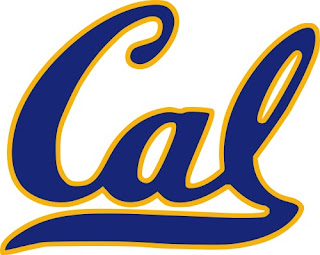 * ... RENEGADE: From a reader: "Did you know that Renegade public address announcer Carl Bryan, spotter Chuck Cunningham and spotter Norm Ranalo have been together for over 25 years doing home games at Memorial Stadium? They will be back again in September."

* ... ROSCO:  Roscoe Rolnik of Guarantee Shoe Center knows something about feet, so it stands to reason he was there to help a mannequin foot make it through TSA security at Meadows Field. Seems that Suzanne Bryan had checked into her flight to Minneapolis for a national knitting convention when she discovered she had forgotten her demonstration mannequin foot. Her husband, Carl Bryan, rushed to the airport with the foot, worried about what he would say to the TSA agents, when he spotted his good friend Roscoe going through security. "He agreed to take our foot through security as part of his carry on luggage," Carl said. "A true miracle. He has probably handled more mannequin feet than anyone else in town."

* ... TRIATHLON: North High graduate Suzanne Filkins finished the Nyiad New York City Triathlon recently, all in honor of her dear friend Vikki Kastner Harrison who lost her battle with lymphoma five years ago. Suzanne graduated from Long Beach State University and now lives and works in New York City. Her parents are Dr. Mylon and Patricia Filkins. The triathlon benefitted the Lymphoma and Leukemia Cancer Society. Suzanne raised over $2,000 for this worthy cause.

* ... BUCK OWENS: Lee Ann Enns, who works at Buck Owens Production Co., wrote to set the record straight about the old Buck Owens Celebrity Golf Tournament that drew so many big names to town. "Buck Owens only had the golf tournament for four years, 1971-1974. There was a two year hiatus (1975-1976). Then Buck put on the Buck Owens Rodeo Days for eight years. James Brolin did participate in the golf tournament one or two years, however." 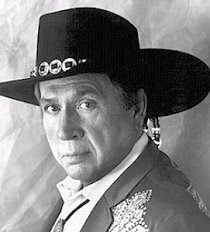 * ... DID YOU KNOW? Did you know that the city of Bakersfield has an iPhone app for reporting graffiti? Just choose the type of surface the graffiti was on, let your built-in GPS report the location, and attach a photo.
Posted by Richard Beene at 7:42 AM