* ... MERRY CHRISTMAS: In this special time of the year, make sure you reach out to all those folks who are struggling with emotional, family or physical issues. There is no better present than the gift of friendship and a soft place to land.

* ... KIND WORDS: My thanks to Superior Court Judge David Lampe, who dropped me an encouraging note the other day. "The First Amendment is the most profound embodiment of rights we enjoy as citizens. News organizations are absolutely essential to a good society. They are the little angel on our shoulder. I remember the first day on the job as a judge I thought about jaywalking across L Street to the Metro Courthouse. I stopped and went to the light. It will help all of us in our public lives if we stop and think for one minute-- how would this look printed in The Bakersfield Californian?"

* ... BAKERSFIELD OPTICAL: Hats off to Jack and Sharon McGee, owners of Bakersfield Optical who are celebrating 30 years in business. Locally owned family businesses are the backbone of our local economy, and Bakersfield Optical specializes in intimate customer service and value. The store is located at the corner of Oak and 19th streets. And speaking of Jack, he still has the picture, circa 1956, of him sitting on Santa's lap along with twin brother John at Brock's Department store.

* ... HICKORY FARMS: It's never too late to say 'thank you,' as Vicki Utt reminded me. "At Christmastime in 1969 my husband was a combat infantryman serving in Vietnam and I was waiting at home with our newborn son (Dennis shipped out when our first-born was 2 1/2 weeks old), and Hickory Farms was in Valley Plaza. There was scant public support for our troops at that time, but lots of war protestors. I'll always have a soft place in my heart for Hickory Farms as they had a promotion that the first 100 people who provided an APO address for a soldier in a combat zone would get a free Hickory Farms gift pack shipped directly to the loved one free of charge. I was No. 5 in line early that morning. These days the troops are receiving the respect they so greatly deserve, and the Vietnam veterans are beginning to get their just due as well - but Hickory Farms was the ONLY merchant who reached out in 1969."

* ... THE DOORS: Charlie Wilmot wrote to correct an earlier post on when the rock band The Doors visited Bakersfield. "Just reading your blog in the Californian this morning, as I religiously do, and the reference to The Doors in 1968 is incorrect.  The correct date was August 21, 1970.  I was back from Vietnam and enrolled at Bakersfield College at the time.  It was a GREAT show. Also of note, you know you are from Bakersfield if you saw The Rolling Stones at the Civic Auditorium July 24, 1966. They performed two shows, a matinee and evening. Totally awesome!" 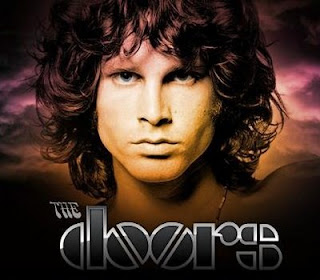 * ... SEQUOIA: If you're one of the thousands of college students home for the holidays, chances are you are broke, hungry or both. If that's the case, head over to your closest Sequoia Sandwich shop for a free fountain drink and cookie, courtesy of the owners. With so many kids home, the manager of the southwest store on Ming Avenue, Valerie Damron, had the idea to treat the students to a drink and cookie if they wear their college sweatshirts and shirts. Hats off to Sequoia for the nice gesture. The offer is good for Friday, December 23, only.

* ... DID YOU KNOW? Did you know that the original Cal State Bakersfield offices were located in a state-owned building on Kentucky Street?

I'll second Charlie Wilmot's recollection of the Doors playing Bakersfield. The song that really floored me in the second show, was The End. Very fond memories of that concert! Always regretted I never had a chance to see The Doors again.