* ... NICK DUNN: Kern County Fire Chief Nick Dunn, who abruptly resigned following a criminal investigation that turned up no wrongdoing, is having a retirement party at Seven Oaks Country Club. Nothing wrong with that, except it will cost you $55 a head to join in the celebration. And this from a retiree who could earn a public pension as much about $175,000 a year for the rest of his life. The invitation promises a lot of "eating, laughing, reminiscing and dancing" and no host cocktails. I wonder if also includes parking? By the way, if you can't make it, the invitation allows you the option to write a check to "contribute to the gift for Chief Dunn." 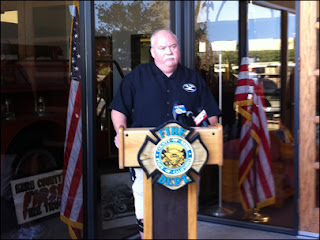 * ... OVERHEARD: This comes from Chuck Wall, founder of the "random act of kindness" movement. "My wife was standing in line at the mailing center at the Country Club Liquor Store.  A lady came up behind her carrying a beautifully wrapped gift with a large red bow on top. My wife asked her how she was going to mail her beautiful gift without wrapping. She replied, I'm not mailing this package, I'm just carrying it with me because if I left it in my car it would be stolen!"

* ... SMOKE POLICE: reader J.R. Lewis shared my dismay over the "smoke police," those employees of the Valley Air Pollution Control District who drive around neighborhoods trying to find those who dare have a fire on a no burn day. "I share your dismay over the smoke police, but also have to shake my head at the thought of individuals driving around handing tickets out the front while spewing exhaust out the back. Or did the state also pony the money for electric cars? Do they actually curb enough fireplace pollution to mitigate their own carbon footprint?"

* ... RIP: Mary Anne M. Beesley wrote to note the passing of Jeri Schwocho, a perennial club champion at Stockdale Country Club. "She loved golf. She didn't care to what handicap you played, she just wanted a game. She will be missed by her many friends and by the golfing community. She leaves her husband Kenneth, her son Eric and her two daughters Lisa and Jill, as well as grandchildren Whitney, Maria and Jarrod and too many friends to count."

* ... FAN CLUB: An anonymous reader wrote to criticize this column as "a waste of ink and newsprint. The tidbits regarding 'you know you're from Bakersfield' border on the ridiculous. An example is: you know you are from Bakersfield if you saw The Doors in 1968. Huh?" Note to anonymous: The Doors were a rock 'n roll band featuring the late Jim Morrison. You missed a good show. 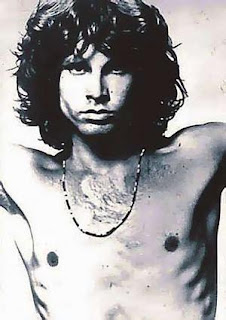 * ... MEMORY: Kathy Scott wanted to share some of the businesses that her husband’s grandfather, Ralph (Raphael) Parenti, owned after he moved her from Italy when he was just 13. "In the late teens or early 1920s he owned the Country Fair Market located on the corner of K and19th streets (where the old Sears and Roebuck’s was later on). Then in the early 1920s he owned the Parenti Atlantic Richfield gas station on Wible and Stockdale. In the 1930s he owned the Parenti Bar on Wible and Stockdale that later became Tommie and Joe’s when he sold it to them. From 1952 until 1962 he owned the property (a poultry shop) on Wible Road. In 1962 the new freeway (99) purchased the vast land that Ralph owned and along with the business on that property they got three homes on the Wible Road plus three other properties on Parenti Lane which now is an off  ramp!"

Chief Dunn continues to demonstrate incredibly poor form, which we have (unfortunately) come to expect from our public employees...go for the gusto on the taxpayer's tab, and then compound the chutzpah by throwing a "no host" retirement party? I bet there will even be a going away "money tree" there for the Chief! Real classy, yeah.

I guess Richard Beene went to the same school of Yellow Journalism that Lois Henry attended. No surprise there. OK, once more for those with reading problems. Chief Dunn did not "abruptly resign...", he RETIRED. These terms are certainly not synonymous (though one is more titilating and likely sells more papers than the other). And I would think that even the Bakersfield Californian would have a policy against uttering statements they know to be false (but I guess I'm wrong about that).

Additionally, I am glad to see that Chief Dunn is having a party. He gave 33 years of his life to his profession, and he deserves it. I would also imagine that dozens and dozens of other department heads have done so before him. Sheriffs, CAOs, Police Chiefs, County Supervisors, Public Works Dirctors, and the list goes on. I'm also sure they were (and certainly will be in the future) no host retirement parties. What I can't imagine is why Chief Dunn's is getting negative press when I am reasonably sure that the others did not.

Finally, I cannot fathom what pettiness makes people keep harping on Chief Dunn's salary. He didn't give it to himself (unlike other CEOs). His salary was decided on by a Board of Supervisors who are elected by the people. No secret meetings, no hidden money, just a published salary that ANYONE who wants to, can work hard and compete for. He was the CEO of a $100 million a year company with 600 employees. Any guesses what that job would pay in the private sector? I have an idea, Richard Beene is the CEO of a company I'm sure is quite a bit smaller than that. Maybe he will tell us what he makes as a comparison. No? I didn't think so.

Enjoy your retirement Chief Dunn. You have earned it.