The Christmas spirit alive and well in Bakersfield, but what happened by my old black Crocs?

* ... CHRISTMAS SPIRIT: If you are not in the Christmas spirit, you will be after reading this note from reader Janet Fishburn.  "I just learned that people in California and Michigan have started going into K-Mart stores to act as 'Layaway Angels'.....which means someone would pay off a stranger's layaway bill so that the children in that family would be sure to have the Christmas gifts their family intended for them. We went to the Wilson Road K-Mart yesterday and were able to pay off a bill for a single mother with three children. (the gifts were still in the shopping cart so we could see them, but were ready to go back onto the shelves, because she had missed some payments).  The store manager, Patrick, was most helpful in getting this set up, and it only took us 10 minutes in the store to take care of this and write her a quick Merry Christmas note. And then Patrick called her to inform her that a 'Layaway Angel' had taken care of her bill. Hopefully, she was very happy about this.....it certainly made us feel good!

* ... THEFT: It's easy to get jaded about petty theft, but sometimes (like when a pair of old black Crocs was snatched off my porch) it just makes you shake your head and wonder. For Olivia Garcia, editor of BakersfieldLife magazine, her surprise came when her double jogging stroller disappeared from her front porch in a desirable northeast neighborhood. "It's a sad state when you have to worry about leaving a stroller out by your front door and risk it being stolen," she said. "Really. Who steals a stroller?" Well, someone does and it may just show up at some yard sale next to my tattered old black Crocs. And now that we're on it, this is a good reminder to be vigilant about UPS or FedEx deliveries. The thieves are out there in force. 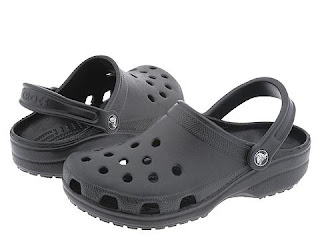 * ... KAPPA SIGMA: An earlier blog post mentioning the Kappa Sigma fraternity drew this response from Joseph Gianquinto: "Brother Beene, fortuitous as it may seem, when I provided the information regarding the return of my sons to Bakersfield to make their lives, I did not mention their fraternal memberships, nor mine for that matter.  I became acquainted with the Five Friends and Brothers .... in 1960 at the then Missouri School of Mines and Metallurgy, Beta Chi Chapter.  My older son took the walk at Northern Arizona University, and my younger at Colorado University.  We are all three proud Kappa Sigma brothers, and now we know you as a brother as well."

* ... DUSTIN'S DINER: If you are out seeing the Christmas lights of Bakersfield make sure you swing by Haggin Oaks to visit Dustin's Diner, the hot cocoa and cookie stand that has raised thousands of dollars for the homeless over the past decade. The original Dustin - Dustin Kilpatrick - is now long gone, having graduated from USC in engineering, but his cocoa stand remains staffed by energetic neighborhood kids. It will be open until Friday, December 23.


* ... BAKERSFIELDISM: You might be a Bakersfield old timer if you remember the "Chubby Steak at Tiny's on the Northeast corner of 18th and Chester, the 25-cent burgers at Burger Haven at 34th and Union, and Axelrod the Basset hound mascot of the old Flying A gas station on the same corner!" Thanks to Craig Holland for submitting this memory.
Posted by Richard Beene at 2:35 PM

Who steals a stroller? Someone who needed it to cart away all the other stuff he was stealing off of porches. The person who stole the crocs was helping improve your fashion sense, anyhow.

The mother crossing Ming may have been unwise, but she may have been hurrying to catch the bus across the street from Toys R Us. Been there. Done that.