* ... ENERGY: There is a lot of good news on the local energy front. Oil and gas production is booming, good jobs are being created and now I read that U.S. petroleum imports are down to just 46 percent of total consumption, compared to 60 percent just a few years ago. That's according to the Wall Street Journal which says U.S. crude oil production has risen by 18 percent since 2008. "The reason is the appearance of a new source," the paper said, "'tight oil' which is extracted from dense rocks. In 2000 it was only about 200,000 barrels per day, 3 percent of total output. Today is is about a million barrels per day." All good news for our local companies and suppliers. 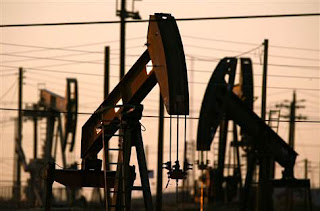 * ... GOOD GOVERNMENT: Keep your eye on a new organization in town that is supporting responsible and sustainable government. It was created by three 30-something local businessmen - John Paul Lake, Patrick Wade and Chad Hathaway - and it promises to be an important new group to hold our local politicians accountable. It's called "Kern Citizens for Sustainable Government" and no doubt you will be hearing more from these guys in the days and weeks to come. They've got the smarts, the money and the connections to make things happen. Lake works at his family's business Rain for Rent, Wade owns Precision Pharmacy and is a member of the city Planning Commission and Hathaway is in the oil business.


* ... ONCE A DRILLER: Jean Park wrote to congratulate Bakersfield High School on its undefeated season and Valley Championship. "My husband, Carl Park, played on the 1951 Valley Championship team. That game was 60 years ago almost to the day. Game was in Fresno, not sure if same school, but same town. It was a good game for Carl and good day for me. First time we met and still going strong 56 years later!" (Driller photo by Henry Barrios) 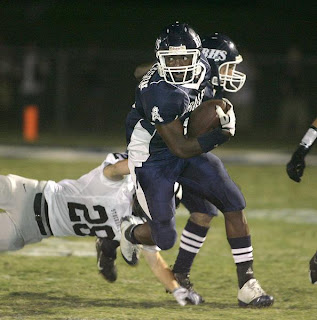 * ... LIGHTS ON: I stopped by a neighborhood gathering in La Cresta recently to watch the lighting of a huge Christmas tree outside and join in the revelry. For the past 20 years, folks in La Cresta gather along a stretch of Hermosa Drive to light the tree and enjoy the Christmas spirit. Cindy Anspach and Kathy McDermott organized the event with That's Amore Pizza supplying dinner via a portable pizza oven mounted on a trailer. Neighbors brought appetizers and desserts and it was a remarkable way to usher in the season. Other neighbors involved included Jane and Bruce Haupt, Frankie Villani, Greg McDermott, and Reed Adamson.

* ... SPOTTED: From reader Harry Love: "At the corner of Merle Haggard Drive and Highway 65 next to the Choco Taco stand at the Shell station. Two signs: 'Now Open Unit 7 PM,' with one underneath 'Obama Bin Lyin.' Apparently tacos are political or not liked by Democrats."
Posted by Richard Beene at 2:33 PM