* ... KINDNESS: Consider the following nugget as further testimony to the generosity of our community. According to Donna Hylton, executive director of the Kern Adult Literacy Council, one of her volunteer tutors was on the receiving end of an amazing random act of kindness. Turns out the tutor suffered from crooked teeth that her family could not afford to straighten, but an anonymous donor emerged to pay for her dental work at absolutely no charge. "The random act of kindness has changed her life forever," Hylton said. "He paid for everything, even the surgery. I just want to let you know fantastic things are happening every day in good old Bakersfield even at the Kern Adult Literacy Council." By the way, if you are interested in tutoring at the council call (661) 324-3213.

* ... WEEKEND: It may be Super Bowl weekend, but there's a lot more going on around our town than football. The weather will be a warmer so make sure you get out and enjoy our extensive bike trials and parks. And don't forget to include First Friday in your plans. Make a night of it and dine at one of our many locally owned downtown restaurants - Uricchio's Trattoria, Mama Roomba, Mexicali, Chef's Choice Noodle Bar, Cafe Med etc - and then run by the Metro Galleries on 19th Street to check out a show featuring the works of Art Sherwyn, his mother Doris, and Dean Johnson. The Foundry (located next to Dagny's on 20th Street) will also feature a show by young artist Jesus Fidel titled 'Plant Impossible Gardens.' On Monday, longtime Californian photographer Felix Adamo will have an exhibit of some stunning photography at Valentien Restaurant and Wine Bar from 5 p.m. to 7 p.m. Twenty-five percent from the sale of every print will go to the Cancer Center at San Joaquin Community Hospital. 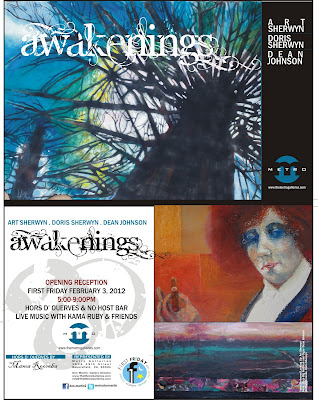 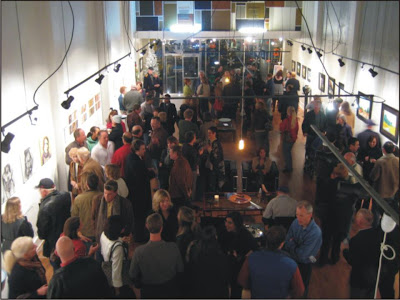 * ... SPOTTED: Reader Chris Padham was driving south on Highway 99 between Ming Avenue and While lane when he spotted "a red Mustang being driven by a woman who was texting with a toddler on her lap. Evidently she must have a force field around her vehicle to prevent others from making her have an accident."

* ... HALF PRICE: H. Walker's, a longtime purveyor of fine men's clothing downtown, will soon stop selling business suits to move to a more casual denim look. That's according to owner Tracy Walker-Kiser, who says the move is in line with the more casual style of men's clothing in California and the southern San Joaquin Valley. The good news: all suits are now on sale for $199, while they last.

* ... HONOR FLIGHTS: There's an effort under way to create a local chapter of Honor Flights, the organization that flies veterans to Washington, D.C., to view the memorials honoring their service. Lili Marsh, the manager over at the Petroleum Club, told me the group is looking for folks who may be interested in serving on its board of directors or in some other way. Honor Flights was established in 2005 and since then some 22,000 veterans have been flown to Washington at no cost. If interested, email the group at honorflightsbakersfield@yahoo.com.

* ... CSUB: Had a chance to walk through the Student Recreation Center at Cal State Bakersfield this week and it's an impressive addition to the campus. It was full of students using the treadmills, rock climbing wall and weight rooms, all amenities prospective students expect at a college campus. If you haven't toured it yet, drop by and check it out.

* ... BAKERSFIELDISM: You know you're a Bakersfieldian if, after every cough, sneeze, sniffle and/or wheeze, you always blame "the air quality." Thanks to Jolie Brouttier for that one.
Posted by Richard Beene at 3:36 PM