* ... BYL OUT: Beverly Byl, once the chief fund raiser at Cal State Bakersfield, has landed a new job as interim vice president for University Advancement for Cal State University Maritime in Vallejo. Byl's time at CSUB was a rocky one, and her departure ends a period of turmoil during which she and some of the university's strongest supporters butted heads. At one point during her tenure, the chairman of the university Foundation, Geoff King, called for her to step down. A few months ago she lost her title as VP of Advancement and was repositioned to become head of governmental affairs. No word yet on how or if she will be replaced.

* ... GOH: Friends of Fifth District supervisor Karen Goh held a fund raiser this week at the downtown home of Kyle and Kim Carter. Goh, who was appointed to the post to replace state Sen. Michael Rubio, is now running for a full term and has picked up the support of a long list of heavy hitters. Among the fund raiser "host committee" were Morgan Clayton, Lou and Sheryl Barbich, Judi and Rob McCarthy, Barbara Grimm-Marshall, Ray and Joan Dezember, Sal and Cynthia Giumarra, Harvey and Lavonne Hall, George and Linda Martin, Mary K. Shell, Steve and Katie Valentich, Larry and Susan Moxley, Tony Martinez, Don Martin and Chuck Kirschenmann. The only other declared candidate in the race is former public defender Leticia Perez. 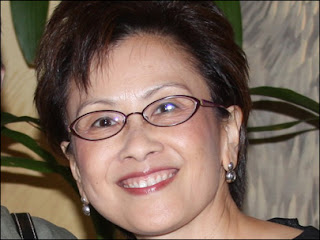 * ... BROCKS: Most of us remember Brock's, the popular locally owned department store downtown, but how many of us had a Brock's  charge card? This from reader Sandy Palmer Spray: "I have my mother's Brock's charge card, one of the earliest issued I think, in the 1950s.  It is small, like an addressograph card size, pink, just her name and account number on the back.  It is still in the little pink plastic case it arrived in and I am not sure if she ever used it as she was a cash kind of gal. I treasure it as one of many fond memories of Brock's."

* ... OVERHEARD: My mouth was watering as I overheard a hair stylist describe a Valentine's Day take-out special from Cafe Med: "We had two 9-ounce filets plus shrimp, plus twice baked potatoes, a Greek salad with their special pita bread and all for $47. I can't tell you how delicious it was."

* ... MARRIAGE: Did you know that interracial marriage in the United States has reached an all-time high? That's according to USA Today which says that in 2010, 8.4 percent of all marriages involved interracial couples, compared to 3.2 percent in 1980. The Pew Research Center says interracial marriage has gone from "taboo to rarity, and with each passing year, it's less of a rarity."

* ... EXCHANGE STUDENTS: A local organization is trying to find temporary homes for French exchange students who will soon be visiting Bakersfield. The students are aged 15 and 16 and will stay every night in the host family home. Susan Peninger is the coordinator for Horizons du Monde, so if you are interested, give her a call at (661) 332-7147.

Who CARES about this Byl woman? Why is it such a big thing with you? Big ax to grind? Slow news day? Let it go, big boy.