* ... BAD FORM: Robert Dobrzanski spent a recent afternoon watching his fifth grade daughter compete in a basketball game at a local Christian school. His daughter's team was beaten badly, but he was impressed with the sportsmanship displayed on the court and by most of the parents of both teams. That is, until he got into his car outside the school and a black BMW sedan pulled up next to them with the windows down. "I noticed the little girl from the opposing team in the car," he said. "I said, 'you are a very good player and congratulations on the win.' The little girl shyly thanked me. The conversation should have ended then but the mom said, 'Yes, it is especially fun when you win' and they drove off. We all know it is fun to win but does a Christian adult have to rub it in to a little 10 year old's face? Parents and adults need to lead by example and this lady needs to grow up. Just because you have a nice car and nice Gucci glasses and purse doesn't mean you can act like a jackass. Plus you have your kids at a Christian school. Baffling."

* ... FOX TALES: The Fox Theater Foundation is planning a big celebration of downtown's majestic old dame, and it is looking for stories of folks who either worked there or visited over the years. Foundation member Phyllis Adams is looking for "Fox Tales," memories and incidents from the time the Fox opened on Christmas in 1930 and on through the years. If you have something you'd like to contribute, send it to the Fox Theater Foundation, 2001 H Street, 93301. The Foundation is also planning a Friends of the Fox Membership Drive starting this month and ending on June 14. 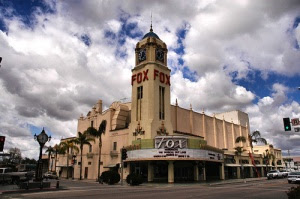 * ... GOH: Another fund raiser, this one for 5th District Supervisor candidate Karen Goh, is planned for March 22 at The Metro Galleries downtown. The event is hosted by galleries owner Don Martin and Dr. Nick Hansa, owner of Chef's Choice Noodle Bar. Call (661) 322-2225 with questions. 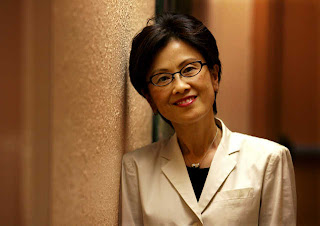 * ... SPOTTED: From a writer who identified himself only as Baseball Aficionado: "For consideration in your 'Spotted' section of Bakersfield Observed. Opening Day Ceremonies for Southwest Little League. 10,000 kids and parents eagerly awaiting the start of the season. Picture perfect day, not so picture perfect interruption as an impatient middle aged woman walks onto the field and interrupts the program multiple times as the emcee is speaking with some unfortuante exchange urging someone to move their parked car. Clearly she could have waited or handled this more discretely without having to put a damper on this beautiful morning.  What happened to patience as a virtue?"


* ... THEFTS: Petty thefts are nothing new, particularly in this economy, but it doesn't take the sting out of it when it happens. A frustrated Ann Olcott wrote to tell me about her 20-year-old grand daughter, Jami, whose car was broken into at West High while teaching a Color Guard class. "Her new laptop and new GPS were stolen along with all her text books," she said. "Her friend, who was with her and also teaches Color Guard, had his new laptop stolen along with his wallet. Jami works for Kern High District and Standard School District teaching Color Guard to help pay her way through college. These are two hard working Bakersfield College kids, who teach high school and junior high Color Guard to pay for their college and living expenses. Insurance will not cover these item because Jami only has liability on her car. This is a huge loss for them. When will this stop?"

Sounds like what really offended Robert Dobrzanski was the lady's Beemer,Gucci purse and glasses and her kid's Christian school.

People who break into cars have NO morals. Take your valueables with you, I know its not conveinent,but neither is getting your credit cards and i-pads stolen...

I don't think BMWs or Christians had any real influence on that anecdote.

But you know, it IS especially fun when you win. Who are we kidding? Isn't everyone there to win? Or else why would anyone keep score. Get real; seems like the blog complainer is the poor sport around here, plus not liking folks with fancy labels on their cars, purse, glasses, and kid. Who's really the "jackass" here?