* ... STARDOM: Zeb Smith may not be a household name now but he's darn close to it. If you haven't heard, Smith is the local contractor who took on those folks who picket local businesses with the "Shame On" signs. Smith works as a non-union contractor and has long been fed up watching these Carpenter's Union workers picket local companies. When he saw them in front of the new Dewar's candy store in the Northwest, he thought "enough is enough." He made his own poster, reading "Shame on These ...(expletive)" and had his picture taken next to the banner. After posting on Facebook, the picture went viral and he's become an instant hero to legends of people who disagree with the "Shame On" protesters. I'll have Smith on Californian Radio KERN 1180 Monday at 9 a.m. Tune in to hear how Smith has become a hero to many in our community. 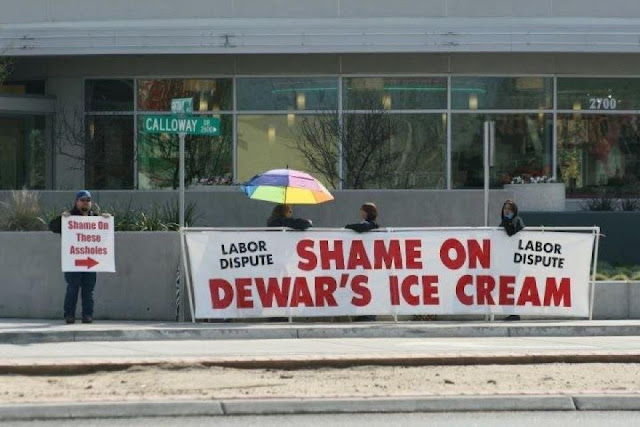 * ... MATLOCK: Learned the other day that retired Bakersfield police chief Eric Matlock has been battling a serious illness that has left his weak. Matlock served as chief from 1999 to 2004 when he retired, and has remained active in our community. In 2007 he was inducted into the CSUB Alumni Hall of Fame. Keep Matlock and his family in your thoughts and prayers. 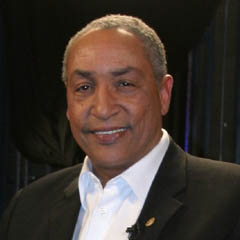 * ... SPOTTED: From reader Craig Holland: "A guy on a skateboard going around the (Garces) traffic circle against traffic! It is difficult enough on a bike going with traffic. He looks like a future nominee for an upcoming Darwin award."

* ... LEADERSHIP: A new organization is seeking nominees to honor the "unsung heroes in our midst who represent the humble qualities of servant leadership." The award is named for the late civic leader Warren Carter, former president of Watson Realty. A breakfast to honor the winner is set for Thursday, May 3, at Stockdale Country Club. To nominate someone go to www.kernleadershipalliance.org. 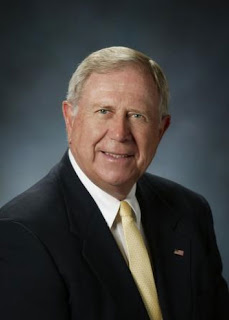 * ... HISTORY LESSON: Another nugget from a June 1896 edition of The Californian: An advertisement for Grove's Tasteless Chill Tonic promises that "it makes children as fat as pigs... just as good for adults." It was offered for sale by J.A. Hughes, "leading prescription pharmacist of Kern County."

* ... SAM THE HIPPO: Randy Martin over at Covenant Community Services wonders who remembers a hippopotamus who used to live over near Sam Lynn Ball Park. "If it wasn't a hippo," he told me, "it was some other large beast."
Posted by Richard Beene at 12:20 PM

Bravo to Mr. Smith. Please ask him where we can purchase one of his signs to keep in our trunks in order to duplicate his effort.

Thought the hippo was at Larsen's Dairy.