* ... EATERIES: Opening a bar or restaurant is always a risky venture, and it's sad to see some of them struggle and close. Among those that have closed recently are the Thai Orchid and the Hourglass, both located off Brimhall Road. While they closed, others are opening, and many of them are choosing the downtown arts district. Chef's Choice Noodle Bar (19th and Eye streets) has been a huge success, and it will soon be joined by a steak house called The Mark also on 19th Street, and Muerto's Kitchen near the Alley Cat bar in the Wall Street Alley. Another restaurant is apparently going into the building that Fishlips occupied. 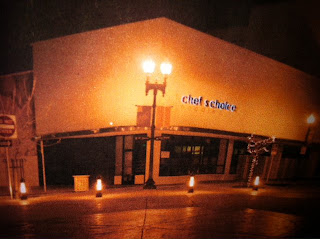 * ... MEMORIES: Received a wonderful hand written letter from Linda Polston talking about Bakersfield back when it was a smaller, much simpler town. She shared the story of going to Bill Lee's Bamboo Chopsticks every Friday night in the 1950s and being greeted by Bill Lee himself, smoking a cigar and making small talk with all the diners at their tables. "His wife didn't speak much English and she'd always say to me, "want a sucka?' and hand me a sucker she kept at the checkout counter.... We joined the big celebration after  Bill Lee's was remodeled .... They reopened with a dancing dragon and fireworks and other entertainment. We still use the commemorative chopsticks they gave out that night." 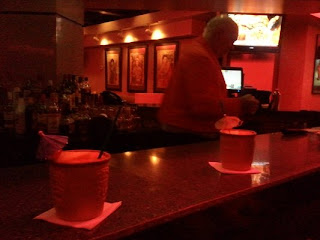 * ... MARIJUANA: The battle over medicinal marijuana, derided by law enforcement but praised by those who use it to treat illnesses, is heading to a decisive period this election year. One of the latest developments is a proposed voter initiative that would "provide that neither the state nor any local government may prohibit operation of a medical marijuana patient association, including a storefront, unless a court finds it is an actual nuisance." Local attorney Phil Ganong is behind the initiative and will be my guest on Californian Radio KERN 1180 Monday at 9 a.m. Tune in to hear Ganong bring us up to date on this controversial local issue. 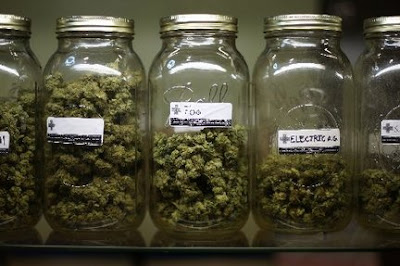 * ... COMMUNITY: Dan Raytis passed along this story, yet another testament of the goodwill that lives within all of us. "About six weeks ago my wife’s family experienced an unimaginable tragedy of unexpectedly losing a 13-month-old baby. In the week that followed, there was much to do planning for the funeral.  Our good friend (and local photographer) Torrie Nicholas agreed to help by putting together a video for the funeral, which included the task of transferring home movies to DVDs. As time was running out, she took the home movies to Henley’s to see if they could transfer them to DVDs.  Jimmy (an employee at Henley’s) and his friend Michael had a difficult time, but spent an entire day on the project and ultimately got the videos onto DVDs.  If that wasn’t enough, then they stayed late after closing to explain how the DVDs worked.  And they did it all FREE OF CHARGE. This is exactly the great, local service that makes Bakersfield such a wonderful community.  Please pass along a tremendous thank you both to Torrie Nicholas Photography and to Henley’s for going way above and beyond."

* ... PAJAMAS: Is it bad taste to walk your children to school wearing pajamas and a robe? Pam Cheatwood doesn't think so, and she offers this reasoning. "I just want to say how disappointed I was to read that a lady walking her children to Standard School in her pajamas was newsworthy. You see, I work at Standard School District and we are thrilled anytime a child gets to school and has the opportunity to learn. I say kudos to the mom, who possibly was ill, who made sure her children were at school regardless of her situation.  Personally, I think you should have a permanent section in your blog for the positives that are happening at all school districts throughout Kern County. If you want to stop by Standard School District, I would be happy to tell you about all of the wonderful things going on for the students there."

I wish Bakersfield would support better restaurants. I grew up in Bako and when I left at age 18 I started to realize how many culinary delights that were just plain absent in my hometown --and I'm not just talking about haute cuisine at the expense-account-level (which can be magnificent if done right), but even neighborhood level eateries that try to bring top flight epicurean delights at reasonable prices (and maybe a competent cocktail--which I have yet to find on trips back to see relatives). For example: you'd think Bakesfield could support a gastropub. Oh well, bring on the chain restaurants.