Spending too much time on Facebook? You may be a narcissist at heart, "obsessed with self image and shallow friendships." Or so say some researchers

* ... FACEBOOK: If you're spending too much time on Facebook - posting pictures of your latest love interest or announcing to the world what you did today - you likely have extreme narcissistic tendencies. That's according to the British newspaper The Guardian, which reported that researchers have established "a direct link between the number of friends you have on Facebook and the degree to which you are a 'socially disruptive' narcissist, confirming the conclusions of many social media skeptics." Surprising? Maybe not when you consider all the folks who post updates of their latest boyfriend or girlfriend, achievement or interest, but then that's the nature of the beast isn't it. But he Guardian added: "People who score highly on the Narcissistic Personality Inventory questionnaire had more friends on Facebook, tagged themselves more often and updated their newsfeeds more regularly. The research comes amid increasing evidence that young people are becoming increasingly narcissistic, and obsessed with self-image and shallow friendships." 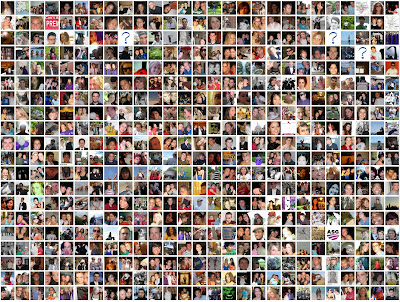 * ... SPOTTED: Jim Hankins and his wife were stopped at a red light last weekend in the fast lane of northbound Stine Road at Wilson. "We could see a box like object in the middle of our lane on the other side of the intersection. I contemplated how I was going to maneuver around it. We then saw a well dressed older gentleman get out of his car in the southbound left turn lane. He pulled a box fan from the lane to the center divider, reentered his car and made his turn when the light turned green. My wife and I swelled with pride for our neighbors in Bakersfield. Kudos to that gentleman."

* ... CLOSE CALL: Here's a story you really don't want to experience yourself. Duane Keathley, a partner at the local CB Richard Ellis commercial property group, was headed to Mammoth recently with his 17-year-old son Robert, a student at Bakersfield Christian High School. Thirty miles south of Bishop, at around 9:30 p.m., Keathley's new black Chevrolet Suburban slammed into a cow crossing Highway 395. "The airbags went off in an instant and it all happened in a flash," he told me. "Robert asked me if I was okay and instantly the OnStar system came on and asked if we were okay. The CHP was there in two minutes." The Suburban, the airbags, OnStar and the CHP all performed as expected and father and son continued, rented a car and enjoyed a fly fishing trip that held its own special memories.

* ... BASQUE FOOD: Gary Corbell tipped me off to a story in the latest Smithsonian magazine titled The Basque Revolution. "The first two paragraphs spoke of Bakersfield, Merle Haggard, Buck Ownes, Dewars, Luigi's, Pyrenees, Benjis, Wool Growers and Noriega Hotel. Interesting reading to know that the Basque influence has helped put Bakersfield on the national stage. My only regret is that they did not mention the Chalet Basque especially when it was owned by J.B. and Maria. At that time, in my opinion, the Chalet was second to none in Basque cusine in Bakersfield." (photo of Noriega's courtesy of The New York Times) 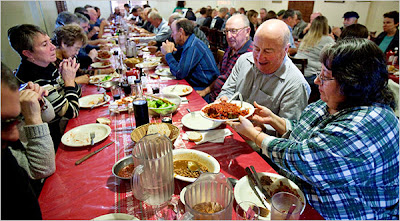 * ... POST OFFICE: How is your service at your local local Post Office? Carole Cohen wrote to defend local postal employees, whom she described as "kind, courteous, and extremely helpful.  I especially enjoy visiting the downtown post office. The lines are short, there is always plenty of help, and they have - on more than one occasion - gone way out of their way to find me an appropriate shipping box, pack my items for me, and look for the most expedient and inexpensive way to ship.  All this without knowing from day to day whether or not they will have a job!  Hats off to anyone who deals with the public on a daily basis and can maintain their sense of humor as well as provide good service."
Posted by Richard Beene at 2:02 PM