* ... EASTER WEEKEND: Hard to beat the weather over the long Easter weekend. On Sunday, all the parks were crowded and families were enjoying the spring-like weather. And shame on you if you missed First Friday when the streets and sidewalks of the downtown arts district were brimming with revelers. Among those I spotted in the crowd were Karen DeWalt, Linda Sullenger, Greg and Mary Bynum, Rob and Amanda Meszaros, Molly and Matt Clark, Karen Goh, Lisa Verdugo, Katy and John Glentzer, Joe and Mimi Audello, Nicole St. John and Bob Grewdson, Pat and Robin Paggi and Vicki Cruz.

* .... CAMILLIA MEMORIES: Zelma Lopez dropped me a wonderful note to share the story of a camellia plant that has been in her family since 1945. In 1942, she married into a Tulare family that had five sons, all of whom served in World War II. After the war, the boys bought their mother a small, white camellia bush for Mother's Day. "When the last of the family left Tulare by 1956 we moved the plant to our southwest Bakersfield home." The plant survived and to this day she enjoys "the beautiful flowers from a plant that is taller than the house. Precious memories!"


* ... KUDOS: Hats off to Joseph Schoorl who is graduated from George Washington University Law School in May. Schoorl graduated from St. Francis and went on to Garces Memorial High School where he was a valedictorian. He did his undergraduate work at UC Berkeley and has accepted a job with the law firm of Baker and McKenzie in Washington, D.C., His parents are Cindy and Andy Schoorl.

* ... SOUS VIDE: I have one of the smaller kitchens in town so when my friend Steve Illingworth, manager of Urner's Appliance Center, tipped me off to a new cooking appliance my first thought was: 'and where am I going to store it?' But Steve appreciates my love of cooking, has excellent taste  and I came home with the new Sous Vide vacuum sealer and water oven that - when all was said and done - made one of the best pork tenderloins I've ever tasted. Sous vide is a slow cooking method that low-temperature water poaching with food packaged in vacuum sealed bags. The idea is that the food is cooked for a long time at the exact right temperature. Thanks Steve, for making my Easter weekend special. 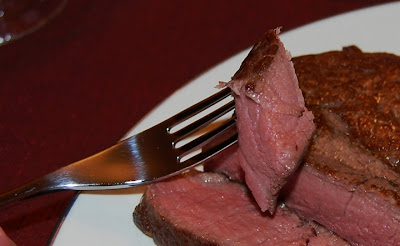 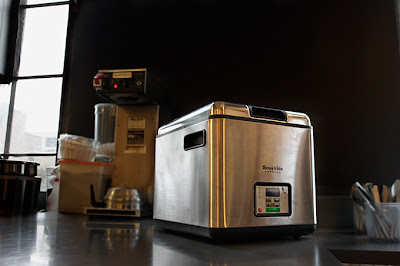 * ... TAX FRIENDLY: If you are thinking about retiring, you might want to consider moving to a more tax friendly state. Marketwatch recently listed the most "tax friendly" states for retires, defining tax friendly as "states that don’t tax income, including Social Security and pension income. And then we added some commentary from the Tax Foundation about other taxes, such as property and sales, and the overall tax burden, in those income-tax friendly states." The winners were Alaska, Nevada, South Dakota, Wyoming, Texas, Florida and Washington.
Posted by Richard Beene at 1:16 PM

You say pork tenderloin ... however the image shown is a cut of beef, not pork.