State Sen. Michael Rubio hits the streets to support Leticia Perez in her race for 5th District supervisor, and a warning about a common scam about town

* ...  FIFTH DISTRICT: I had a nice chat with state Sen. Michael Rubio this weekend when he knocked on my door while walking the precincts in support of Leticia Perez, Rubio's field representative who is running for 5th District Supervisor. Rubio was optimistic that Perez would beat her two opponents, Supervisor Karen Goh and Arvin's Tim Tarver. "As you go east support for Leticia gets really strong," he told me. Rubio, who served as 5th District supervisor himself, has been knocking on doors for Perez almost every weekend. Meanwhile, Goh continues to pick up support from important business people, including three influential local women (Cynthia Icardo, Judi McCarthy and Sheryl Barbich) who wrote letters to the editor in support of the incumbent. (photos of Perez and Goh) 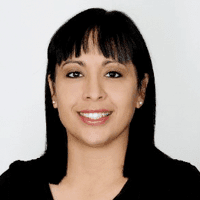 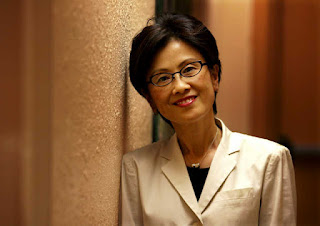 * ... SCAM: My friend Pete Wonderly posted this warning on Facebook. "If you need extra cash, try this - it's all the rage: Approach someone downtown, at a gas station, or at any shopping center. Say, 'I won't lie to you... I just got out of Lerdo (or Corcoran Prison, etc), and I'm trying to take the bus home to San Diego (or Los Angeles, etc) and it's $72 and Pastor Bob at the Homeless Center (or Rescue Mission, etc.) gave me $50, and I only need four more dollars.' People give them the money and they move to the next person and the next with the same story."

* ... SPOTTED: On Granite and Round Mountain Road this weekend I counted four tattered mattresses, two worn sofas and two recliners unceremoniously dumped on the side of the road.


* ... DOWNTOWN LIVING: If you haven't been downtown lately, make sure you check out 1612 City Lofts, an experiment in downtown loft living in an 1893 era building that is being totally gutted and renovated. The building, at the corner of 19th and Eye Streets, houses The Metro Galleries on its ground floor. There will be nine apartment loft units on the second floor sharing a common outdoor courtyard. Exterior painting is almost done and black awnings will wrap the building. The building is owned by Eydie and Gary Gibson and their partners, who are working with gallery owner Don Martin to expand his business on the Eye Street side. I have toured the loft units and they are stunning, offering a downtown lifestyle that is rare in our community. For more information go to 1612CityLofts.com. (photo of Don Martin and Eydie Gibson) 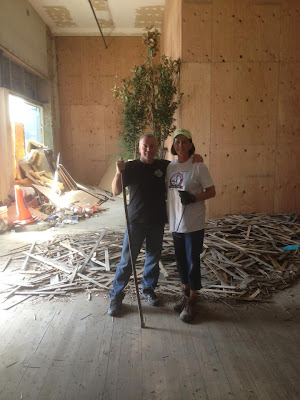 * ... GOOD DEED: Roy Parks wrote with this feel good story that happened after he and his wife had lunch at Famous Dave's BBQ.  "I requested the bill from our server, Sara. She informed us that a man had paid our tab. She was told not to tell us until after he left. We do not know this man. This random act of kindness was much appreciated. I would rate this stranger as one of Bakersfield's finest."

* ... SHERWYN: I'm not an artist, or an aspiring one, but if I were I might just sign up for the Quaking Aspen Art Retreat put on by plein air artist Art Sherwyn and photographer Greg Iger. Art told me it will be a three-day retreat in picturesque Quaking Aspen in the souther Sequoia, between Kernville and Camp Nelson. The retreat runs July 9-11. The fee is $320 and includes instruction, food and camping fees. Call (661) 834-4396 if you are interested.
Posted by Richard Beene at 12:18 PM

Just finished 50+ miles...some of that being Round Mountain Road....and let me just tell you those sofa recliners are still there..cushioned and comfy looking! SUCH A TEASE!