Former Bike Bakersfield employee is involved in a nasty crash in Portland, and a report cites Asian immigrants as a boon to the economy

* ... SICK BAY: I was saddened to learn the other day that a young man who once called Bakersfield home was in a horrible bicycle accident in Portland, Oregon, Mat Barton, one of the founders of Bike Bakersfield, suffered multiple spinal injuries when he flipped over his handlebars during a short track race. Word out of Portland is that he may be paralyzed from the chest down. Mat moved to Portland to join an internet bicycle company. You can keep up with his recovery by going to the Bike Bakersfield website, bikebakersfield.org. Keep this young man in your thoughts. (photos courtesy of Bike Bakersfield) 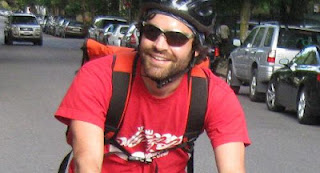 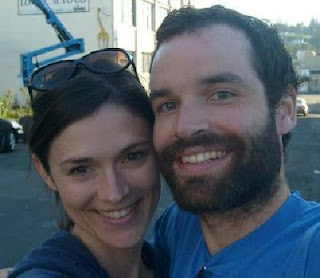 * ... ASIANS: This will come as no surprise but a new study shows that Asians are the fastest-growing, most educated and highest earning population in the country. That's all according to The Wall Street Journal, which cited a Pew Research Report depicting Asian immigrants as a boon to the economy. Asians now account for 6 percent of the population, with the bulk coming rom China, India, Japan, Korea, the Philippines and Vietnam. Said the study: "As a group, Asians place more value than Americans overall on marriage, parenting, hard work and careers, according to the report. Irrespective of their country of origin, Asians overall believe that American parents are too soft on their children." (photo courtesy of The Wall Street Journal) 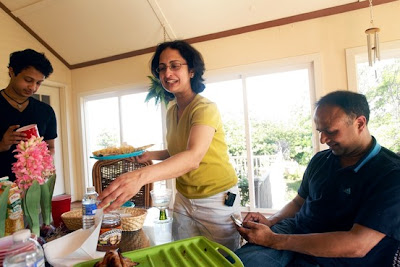 * ... PENSION REFORM: Los Angeles Times columnist George Skelton echoed my thoughts recently while questioning why the Democratic majority in the California Legislature is not moving more quickly on pension reform. Without it, Skelton said the twin tax hike initiatives on the November ballot will be all but doomed."Virtually no one in the Capitol believes that voters will approve a state tax increase unless the Legslature and governor have enacted pension reform," he noted. But taking on the powerful labor interests is not something Democrats are comfortable with, and so we wait. And wait.


* ... DIGNAN: Congrats to Brian Dignan, who has been named the new head men's basketball coach at Bakersfield Christian High School. Dignan previously worked as a coach for both Cal State Bakersfield and the Bakersfield Jam. In addition to his coaching duties, he will teach American History and U.S. Government. He is married to Melissa Dignan, the former weather forecaster at KERO TV and they are expecting their first child.

* ... SPOTTED: Middle aged, obese woman behind the wheel of an older maroon van, windows rolled up with temperatures well over 105, filling her van with cigarette smoke while two small children sit in the back.

* ...  OVERHEARD: Two Southwest residents leave Eureka Burger after learning the wait was more than 45 minutes. "In three months you'll be able to shoot a cannon in here without hitting anyone. This town goes crazy over new restaurants." said one.
Posted by Richard Beene at 11:14 AM

Crimey, I hate obese people. And if they're smokers, I hate them even more. Where's the picture of this porker so we can pillory the fat witch? Kinda makes ya wish ya'd voted for that new cigarette tax, don't it?