Supervisor Mike Maggard gets some love from his constituents and is Bakersfield ready for loft apartments?

* ... MAGGARD: Marjorie Boese sent out some props to Supervisor Mike Maggard, who helped her clean up a local eyesore. "I live in the Glade Street neighborhood and there is a foreclosed house with a toilet on the roof and piles of trash, and debris everywhere. It was a nasty eyesore, until Mike Maggard our 3rd District Supervisor saw the mess and said he would get it cleaned up. Ten days later it was done. All my neighbors and myself would like to give a huge thank-you to Mike Maggard, his manager Dick, and all the people who cleaned it up and boarded it up. Thank you all very much."

* ... RADIO: Our downtown is about to get the kind of loft apartments that are so common in older, larger cities. The apartments are being built on the second floor of the building on 19th Street that houses The Metro Galleries, and is the work of Realtors Gary and Eydie Gibson and their partners. We'll talk about the latest downtown development on Californian Radio, KERN 1180, with Metro Galleries owner Don Martin. Tune in at 9 a.m. 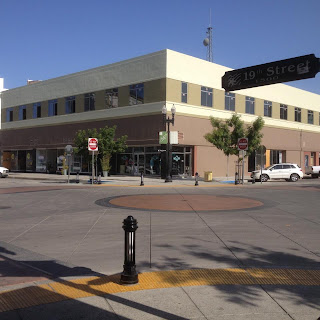 * ... MORE PROPS: I received a sweet hand-written letter from Therese Gaston, who wanted to pass along a remarkable thing that happened when she went to the National Cemetery on Memorial Day to place roses on the grave of her late husband. "A young couple with two boys, 8 and 10 years old, came up to me. Ryan, the 10-year-old, asked if I would like a card he made placed at the grave. It was a beautiful corrugated cardboard sign painted with a U.S. flag, the American eagle, sky and grass... Surely a day of pride and joy for me and my World War II Navy veteran husband. What exemplary parents they have!"


* ... MAMA TOSCA'S: One of our community's finest restaurants, Mama Tosca's, is celebrating its 30th anniversary of fine dining. A little history of the family: owner Luigi Rienzo, his brother Tony and their mother left Italy and came to Bakersfield in 1973. Luigi worked at the Tam o' Shanter for a few years as a waiter while he saved up enough money to live out the American dream. In 1982 he opened Mama Tosca's Restorante Italiano which is now located in the Marketplace. Said Luigi: "We are going to celebrate by providing the same great food and friendly service to our wonderful customers that we have for the last 30 years and we're looking forward to the next 30." 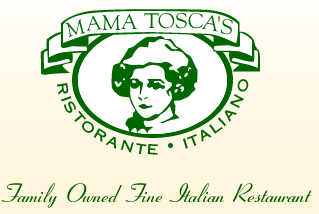 * ... SPOTTED: From reader Brent Clayton: "I saw a middle aged blonde lady driving west on Brimhall with a cigarette in her left hand out the window, cell phone in her right hand held up to her ear and driving with her left knee. My kids and could not believe our eyes."

* ... TADEJ: Local orththodontist Dr. Gerald Tadej held a patient appreciation day in which he hosted 600 patients, family and friends at Edwards Cinemas in two private theaters for a 3D showing of Men in Black.
Posted by Richard Beene at 10:47 AM