* ... BAKERSFIELD: Think you had a good summer? Check out the adventure that three Bakersfield men experienced when they set off on motorcycles to visit every city named Bakersfield in the United States: one in Texas, another in Missouri and one in Vermont. It started as an idea between friends Ryan Smith and Jorge Gonzalez, owners of vintage BMW bikes called “airheads," and eventually included Californian photographer Felix Adamo, himself a longtime motorcycle enthusiast.  The trip also included a stop in Cincinnati at the Bakersfield themed restaurant 'Bakersfield OTR.' The entire round trip was 6,500 miles and took 22 days to complete. Said Adamo: "In all we traveled through 18 states, averaging about 350 miles a day. While we did stay with some family, friends and a couple of hotels along the way, a majority of the time we camped at various sites along the way. Everything we needed was packed on our motorcycles." Adamo is planning on an photography exhibition of the trip in the near future. (photos courtesy of Felix Adamo) 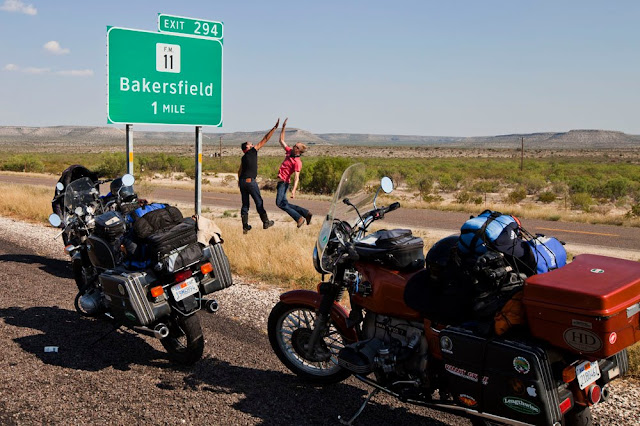 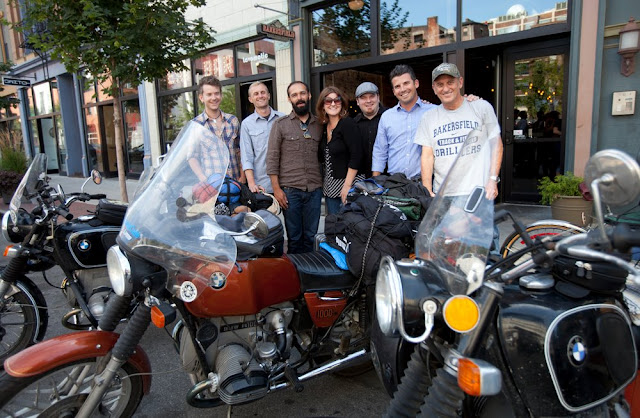 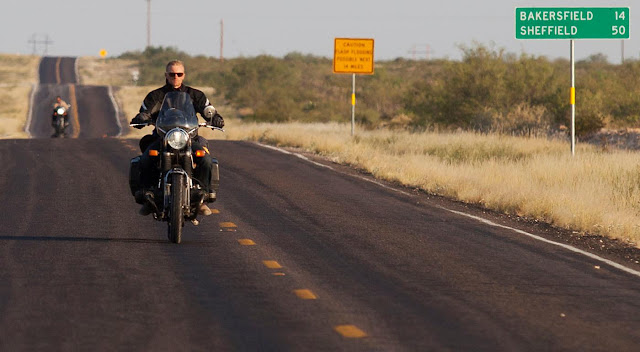 * .... BANKRUPTCIES: The list of California cities in or nearing bankruptcy continues to grow, with Stockton, San Bernardino and Mammoth Lakes leading the way.  And according to Los Angeles Times columnist George Skelton, Tehachapi is among a new list of cities that are signaling they are in trouble. Skelton said Tehachapi and seven other cities - Arvin, El Monte, Fairfield, Grover Beach, Lancaster, Monrovia and Riverbank - had told potential bond buyers that they are in serious trouble.


* ... TRASH: Regular readers of this blog know how I feel about litter, and my post the other day about the piñata party that left Jastro Park a mess triggered this response from Rosalyn Malamma, a teacher at Standard Middle School. "In my sixth grade classroom at Standard Middle School, the last ten minutes are devoted to cleaning the room. While we have a great custodial staff, my students need to learn to clean up after themselves.  Have a gread day and keep writing!"

* ... HITCHING POSTS: Remember those old hitching posts that used to be so common around town? Deputy city fire chief Tim Lynch tells them there are two across the street from Fire Station No. 2 on East 21st Street just west of Pyrenees Bakery.

* ... MOTTO: City councilwoman Jacquie Sullivan gave me a call to promote the eighth annual fund raiser to promote "In God We Trust" as our national motto. The event will be held Thursday, July 26, at the Marriott Hotel downtown. Call Tina Miller at (661) 325-7601 for reservations.