* ... HOME MARKET: The average home in Bakersfield stays on the market just 44 days before being sold, putting our town on the list of cities with the fastest selling home markets. According to Realtor.com, our median home price of $149,500 "is the lowest on this list, except for Detroit, and only a little more than a fifth of the median price of a San Francisco house. Only 1,815 houses were listed on the market, a decline of more than 47% from a year earlier. Meanwhile, the 44 days on the market is a drop of 22.8% from a year ago, compared to the national average of 9.67%. The labor market is far weaker in Bakersfield than it is in some of California’s healthier local economies, with an unemployment rate of more than 14% in June, compared to about 7.5% in San Francisco and 8.2% in the United States." 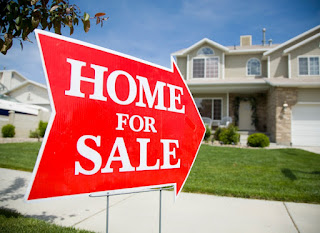 * ... BAD FORM: Ty Shaffer was enjoying an evening at Tahoe Joe's Sunday when he witnessed an extreme case of bullying mixed with homophobia. "This wasn't a kid bulling another kid, this was a grown adult bulling two other grown men he claimed where gay... This man was at the bar and told these two men that he was going to take them out to the parking lot and kick their asses." A couple in their 50s intervened and sure enough the bully turned on them and tried to grab the woman, only to be deterred by her husband, who got into a tussle with the bully. "The fight was broken up. The older man left with a gouge above his eye from the fall.  He and his wife said that people at any age need to stand up for others and put bigots like this guy in his place. By the way I overheard the bully say he was going to call the cops on that man and have him jailed. Really, didn't he just commit a hate crime? Typically response from a bully!"

* ... HALLOWEEN: Another seasonal oddity from my correspondent Craig Holland. "Facebook friends are bemoaning the fact that Wal-Mart and Target already have Halloween costumes for sale." In August?

* ... SPOTTED: Jon Bennett is a resident of Seven Oaks and regularly spots a young man driving a gray Buick Ranier SUV who has the bad habit of tossing trash out his window into the street. "He has been tossing trash all around the neighborhood for months even after being confronted by numerous residents," he told me. "Some people are just jerks." In fact, Bennett sent me a video of the young man doing that, callously throwing trash out the window of his silver-gray SUV. 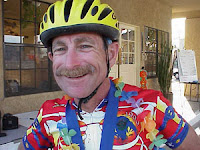 * ... SEVEN OAKS: And speaking of Seven Oaks, the old truism "all politics are local" is alive and well even at homeowner associations across our community. Which is why I found it interesting that an old friend, retired dentist Robert Smith, is running for the homeowner's association board of directors at Seven Oaks Grand Island. Bob is trying to increase homeowner influence and threw his hat into the ring for the August 22 election.

* ... QUAKE MEMORIES: Marjorie Poore Payne shared with me her memories of the 1952 earthquake, when her family was living at their dairy farm in Lamont. After the "big July shaker," Marjorie's mother took the children to the then-famous Union Avenue pool. "My mother stayed while we swam for several hours until, over the loud speaker, it was announced that everyone should get out of the pool and go home that there had been another big quake. We did return home to Lamont to find that waterlines were broken and major damage for the operation of the dairy barn. My dad had to truck in water for the cows and of course have a generator to milk the cows. The memories still linger and every July and August I remember that unexpected and most frightening event."