* ... CRIME: If you think the state prison realignment that has dumped hundreds of parolees on our streets is not affecting crime, think again. I spoke recently with District Attorney Lisa Green and Sheriff Donny Youngblood (Green was my guest on Californian Radio KERN 1180 and the sheriff called in) and both agreed that property crime has spiked since Gov. Jerry Brown implemented his plan to relieve crowding by releasing thousands of felons. In fact, Green told me of a case where a suspect told his arresting deputy that "now is the time for crime" because he would likely serve only a fraction of any sentence he received. Green said the number of crimes reported in Bakersfield has jumped 38 percent in the last few months.

* ... VALADAO: A big Republican crowd showed up for lunch at the Petroleum Club Tuesday to raise money for David Valadao in his bid for a congressional seat. On hand were House Majority Whip Rep. Kevin McCarthy and House Speaker John Boehner. Valadao, a Hanford farmer, currently serves in the state Assembly and is running for the newly created 21st Congressional District. (file photo of David Valadao) 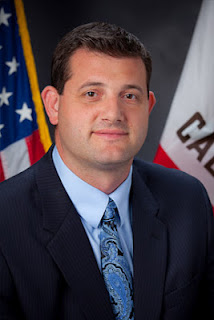 * ... CSUB: I had the chance the other day to meet David Melendez, the new vice president for university advancement over at Cal State Bakersfield. Melendez will be in charge of fund raising for the university, one of the most critical tasks in this period of budget cutting and economic uncertainty. He replaces Beverly Byl, who left CSUB a few months ago amid a rocky relationship with key alumni. Melendez is sharp and articulate and will work directly with CSUB President Horace Mitchell to enhance alumni relations, work on governmental relations and raise money. Melendez was most recently at Chapman University where he served as assistant vice president for advancement. His wife is a sculptor and will move to Bakersfield as soon as the couple finds a suitable home. 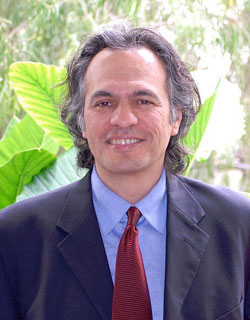 * ... OVERHEARD: A prominent local architect is telling a friend that his business has started to pick up dramatically. "I went for two years without work and now I have enough for the next two years," he said. "Something good is happening with this economy."

* ... SPOTTED: Clayton Koerner was taking a left on Mohawk from California Avenue when a young woman driving a new Ford Focus tossed a banana peel onto the street. "I thought this little girl has no class," he said. "Hopefully, either she or her family read this and realize people are watching and she needs to get respect for her community." 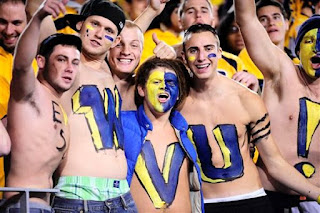 Posted by Richard Beene at 4:33 PM

Exactly true about the banana peel -- it will disappear in less than three weeks in the heat and with getting run over. This is what people have to whine about? A freakin' banana peel? (Aren't there some tossed diapers to photograph, wring hands over, and bemoan? Please, please? We haven't heard about diapers in months.)