A happy ending: the story of an abandoned dog, the farmer who found it and the trucker who adopted it

* ... JEFF ROSS: Shares in the mobile marketing company Velti PLC rose sharply this week after it hired a respected executive as chief financial officer. That executive is Jeff Ross, the former chief financial officer of the software maker Sybase Inc. Ross is a 1983 graduate of North High School and went on to earn a degree from Cal Berkeley. He is the son of Barbie and Dick Ross, who taught math at North High. Prior to working for Sybase, Ross worked at PricewaterhouseCoopers and held other finance jobs at other companies.

* ... HAPPY ENDING: From my mailbag came this delightful story of a little chihuahua who was abandoned along the side of a local road and rescued by a farmer named Travis Fugitt. A "found dog" advertisement was posted in The Californian and - voila - a Chicago-based trucker spotted it while driving through town. Now the chihuahua, comfy in her new sweater, is at home in Chicago and named Baby II after the trucker's other chihuahua who recently died. She even accompanies him on the road and rumor is they will back through town this week. Who says there is no good news in the newspaper?

* ... OVERHEARD: In Costco a middle aged man asks a young woman where to find Scotch Tape. "It's over there," she responds, "and it's delicious!" "Scotch Tape?" he queries. Flustered, the woman says, "Oh, I thought you said scalloped potatoes."

* ... BELMONT PARK: Last week I mentioned that the same folks who renovated the Padre Hotel three years ago had been awarded a contract to refurbish Belmont Park In Mission Beach. Bow Porter read that and mentioned that her mother, Alice Ball, was a cashier at the facility, which she referred to simply as 'the amusement center.' "My mom was a cashier at the Plunge and the Dance Hall when the center was first developed. My dad (Bob McGetchin) was a San Diego County surveyor, and a beach boy at heart... There was a dance hall that was quite plush, with a large stage and huge dance floor, and seating area... probably cocktail tables. As a child, I remember the marathon dancers, that would dance for days at a time, staying on their feet until they fell from exhaustion. The last guy standing won. As children we peeked thru the windows as we were not allowed inside without adults." (photos courtesy of Bow Porter) 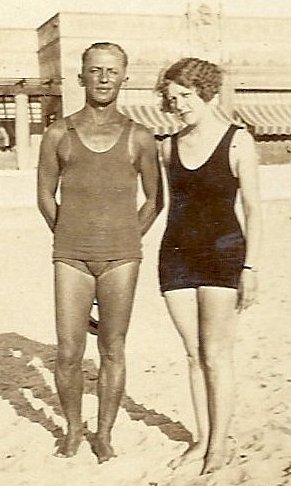 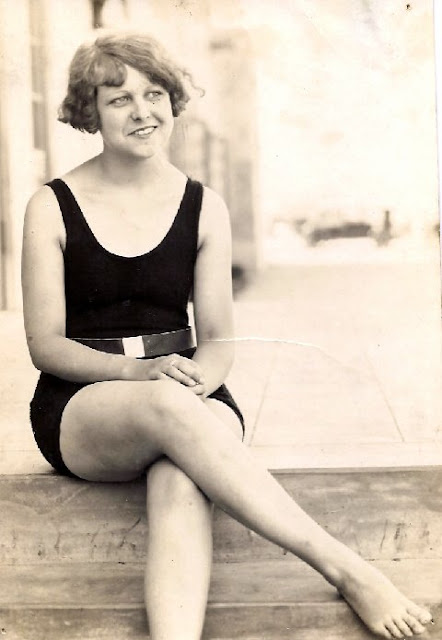 * ... MY TAKE: I personally welcome the national conversation about violence in our society in all its forms: mental illness, the culture of violence in movies and video games and of course gun ownership. But I hope we don't believe that banning military style assault rifles and the number of rounds in a clip will stop these types of senseless killings. These types of rifles are deadly, but any ballistics expert will tell you a simple semi-automatic shotgun (the type used for bird hunting or clay sports and easy to reload) can inflict equal or even greater damage at close range. This is not an argument against the ban, but rather a thought that the problem is larger than any single weapon design. Banning assault rifles may make us all feel good, but the truth is it is almost impossible to legislate our way to a safe society.
Posted by Richard Beene at 11:30 AM

There's a serious generation gap between people 35-and-under, who grew up with violent video games and dropping national crime rates, and the older generation that keeps pointing to it as some sort of unique problem. Let it go.