Dr. Ravi Patel to appear on Californian Radio on Monday to discuss the state of cancer care in Kern County

* ... RAVI PATEL: Dr. Ravi Patel is perhaps the most prominent oncologist in town, and he made news last week when it was announced that his Comprehensive Blood and Cancer Center would team with Memorial and Mercy hospitals to provide cancer care. Patel will be my guest on Californian Radio KERN 1180 Monday at 9 a.m. to talk about the state of cancer care and some of the advances in treating this dreaded disease. 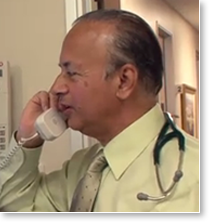 * ... MCCARTHY: Rep. Kevin McCarthy represented the House Republican leadership when he squared off against Sen. Dick Durbin (D-Illinois) on the Sunday edition of "Meet the Press." McCarthy, speaking as House Majority Whip, told moderator David Gregory that the country has a spending problem that cannot be dealt with by simply raising taxes. 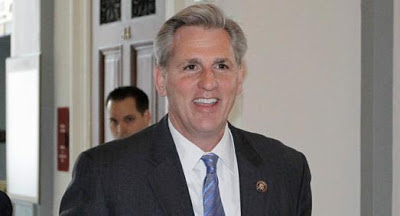 * ... OFFICER VAL: The death of Val Torres, a former Bakersfield police motorcycle officer, prompted this response from local Realtor David Gay. "I had a bittersweet moment as a photograph in yesterday’s obituary jumped out at me. Motorcycle officer Val Torres’ picture brought back wonderful memories, as he was the patrol officer assigned to the BHS campus in the 1960s. During those years, a student parking permit was required to park our cars, on the city streets around campus, and it was 'Officer Val’s' responsibility to inspect each car at the start of the school year. With 4,000 students at that time, I know he must have heard every story in the book, as he measured the clearance of the 'rake' cars, or discovered steel wool trying to substitute for a muffler. Through it all, Officer Val was always a great role model for all of us, as one of Bakersfield’s 'finest.'"

* ... HOMELESS: Natalie Page Horvat helped put a face on the homeless with this note. "I helped an incredible homeless man today. He was fishing through our dumpster at work and at the same time he was picking up all of the trash that was scattered on the ground from the littering and inconsiderate business neighbors that we have . A homeless man cleaning the mess of privileged people. It angered me to see this man cleaning up after these people while he was desperately searching for items to survive on. We recycle at work, so I retrieved two huge bags of aluminum cans and plastic bottles. I went out there with a Smuckers Uncrustable sandwich and the recycling. I felt that he deserved something for the selfless act that he was committing because, in reality he was beautifying my work environment. He started to cry almost immediately and told me that it was a gift from God and that God was rewarding him for trying to change his path in life. He reached out to shake my hand and I shook it even though it was incredibly filthy. I've never experienced such sincere gratitude. He got on his knees in front of me and said a prayer thanking God. Wow, it was a crazy and incredibly humbling experience for the both of us. It doesn't take much to do something small, but significant for people."

* ... CHICKENS: Michele Magyar lives up in the city area of La Cresta and noted that the Animal Control officers cited her two chihuahuas for not having a purple tag identifying licensing. But, she wonders, what about all those chickens in her neighborhood? "I am wondering if the people next door to me with at least 12 chickens received any kind of citation..   Some mornings while driving to work, west of Alta Vista Drive, I have to stop the car to let the chickens cross the road and this is three blocks from where I live.  I realize that some change is good however... maybe chickens in the city is not such a good idea."