* ... NEW YEAR: Local wealth advisor Bradley Barnes has his own "to do" list for 2013, and it is worth sharing.  "For me, true happiness comes from helping others. That’s what I’ll be spending my time doing," he said. "Here’s my list of New Year’s resolutions: Do something every day to help someone who needs it. Give more than I take. Create a great legacy for those who come after me." Hard to top that.

* ... MY LIST: Some of my wishes for the new year: a healthier local housing market, more jobs and lower unemployment, less news about Lindsay Lohan and the Khardasians, political courage in Washington to compromise and get the job done and a more civil dialogue among those who disagree.

* ... ROTARY: More good news from our local service clubs, in this case Twilight Rotary, which is just three years old. Said Barry Rosenfeld: "Over the past two weekends we have provided more than 100 toys to needy children transitioning from homelessness with their parents as clients of Flood Ministries. We also assisted Covenant Community Services with their toy drive (more toys!) as well as providing former foster children with gently used clothing."

* ... SALVAGGIO: Former city councilman Mark Salvaggio is joining the staff of new Kern County Supervisor David Couch. Salvaggio never really left political life when he retired from the council, and has the heart of a civil servant even if you don't agree with all his views. "This will be my second tour of duty with the County of Kern.  I will approach every constituent issue and circumstance with the same dogged commitment that I exercised during my five years of service with former Supervisor Michael J. Rubio in the 5th District.  No problem will be too small and people from all stations of life will be served." 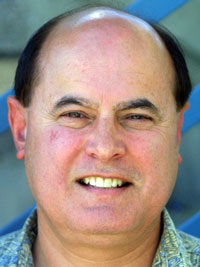 * ... LITTER: A reader who will remain nameless dropped me a note that, despite my rants about litter, even The Californian is occasionally guilty. "This morning I went out to pick up my newspaper just as the Bakersfield Californian deliveryman drove up and threw it from his window. Not seeing me, he reached back into his car, threw a second item out the window, and then drove off.  I picked up the paper, and then saw that the second item was some trash (cardboard that is used to hold the plastic bags the newspapers are placed in).  It isn’t a big deal, and I of course picked it up, but considering your commendable efforts to call attention to the amount of litter in our community, I thought it ironic that a Bakersfield Californian employee was willfully spreading trash on his morning rounds. I suspect that this was not my regular delivery person, as the paper came two hours later than normal, but I thought you would be interested." I apologize for that and thank you for writing.


* ... BELMONT PARK: Carol Black dropped me a note about the news that the same group that owns The Padre Hotel will be restoring Belmont Park in San Diego.  "As a teenager, back in the 1950s I hung out at Mission Beach every summer. When we had a quarter, we would ride the roller coaster at Belmont Park and we paid 10 or 15 cents to swim at the Plunge.  However, the ocean was free, so that's where we spent the majority of our days.  Oh, the memories!  My husband and I go to San Diego at least once a year and we always spend a few hours walking around Belmont Park.  Can't go down there without my Mission Beach fix!"

Posted by Richard Beene at 2:40 PM