Bako Bits: Welcoming in the New Year with black eyed peas and cornbread and gratitude for what we have

* ... GRATEFUL: It's that time of year to make resolutions for the new year, but it is also time to be grateful for what we all have. I am thankful for family and friends and the absolute and compete kindness of so many people who call Bakersfield home.

* .... PROP 13: There are yet more indications that the Democratic "super majority" in Sacramento is taking a serious pass at reforming Proposition 13, the landmark 1978 law that capped property tax increases until a property is sold. According to a story in the San Jose Mercury News, Democrats believe now be the time to take on the long sacred Prop 13 in California. "It is time for a fix, because Proposition 13 is broken," said Assemblyman Tom Ammiano, D-San Francisco, who plans to introduce a bill next year aimed at forcing businesses to pay higher property taxes. The 1978 measure rolled back property taxes and capped yearly increases until a property is sold, but critics say one of its unintended consequences was shifting more of California's property tax burden from businesses to homeowners. Stay tuned.

* ... GIVING BACK: Hats off to the folks over at the Comprehensive Blood and Cancer Center and the Ravi and Naina Patel Foundation for spending New Year's Day feeding the homeless. The annual event, now in its 10th year, features doctors and staff members of the cancer center providing a holiday meal for some 500 people from two local homeless shelters. They also provide the homeless with hooded sweatshirts, hygiene kids, gloves and blankets.

* ... PEAS: Is there a better New Year's Day tradition than Southern cornbread smothered in black eyed peas and ham hocks? Two local supermarkets were completely sold out of the beans on New Year's Eve. 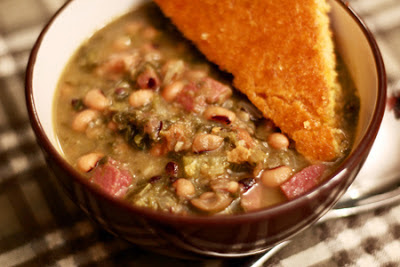 * ... SPOTTED: On Facebook a friend left this post on New Year's Day: "I have this weird feeling that I had a lot of fun last night. If I saw any of you please let me know, exactly how much."

* ... TRASH: Nice to see our litter-happy population doesn't stop for the holidays. Spotted Sunday on the Gosford Road sidewalk, a block south of Stockdale Highway: a full Christmas tree, carefully placed there by someone who couldn't make the effort to dispose of it properly.

Posted by Richard Beene at 1:06 PM