Cal State Bakersfield Athletic Director Jeff Konya is a finalist for the AD position at Cal State Northridge, and a ton of memories of old Bako

* ... CSUB: It looks like Cal State Bakersfield athletic director Jeff Konya is being courted by Cal State Northridge to become the director of athletics for the CSUN Matadors. Konya is apparently a finalist for the job, which came open when Rick Mazzuto left in November. Konya came to CSUB two years ago from Northeastern State University in Oklahoma, replacing Rudy Carvajal as athletic director. The loss of Konya would be a major blow to Cal State, which is now competing on the Division 1 level in college athletics and has just entered the Western Athletic Conference. Stay tuned. 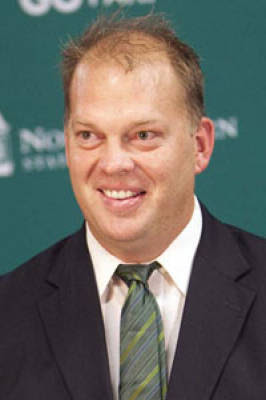 * ... GREEN FROG: From Santa Maria, Jerry Kirkland writes that he remembers when there was  a Green Frog Market on California and Chester. "When I was a junior at BHS in 1950-51, I worked there after school and on Saturdays, boxing groceries and stocking shelves. Oddly enough, we still use the term 'box boys' even though we haven't actually used boxes to take out groceries in many years.  We did in those days and it was about the hardest job I ever had since you had to literally carry the boxes to the customer's cars. Very few shopping carts in those days.  I started at 75 cents an hour but that was later raised to $1. Big money. Paul Taylor was the owner and manager and a really nice guy to work for.  Seems like maybe he was partners with the guy - his name excapes me - who had the store on Bernard and Alta Vista.  There was a full service butcher shop with sides of beef stored in a large walk-in refrigerator and the butchers would cut steaks or roasts according to the customer's wishes.  There was also a bakery in the front of the store, a Smith's if I'm not mistaken.  One day an older lady parked out front got her foot on the wrong pedal and came over the sidewalk and through the wall into the bakery section. Ruined a few pastries but no one was hurt."

* ... LITTER: Brent Stratton wrote to weigh in on the La Cresta homeowner who was upset that the Bakersfield police would not act on a man he caught littering in his neighborhood.  "I just wanted to point out that unless I'm mistaken, littering is an infraction and California law does not allow for a citizen to make a citizen's arrest (or an officer to arrest for something like this that did not occur in their presence). I don't believe it's selective enforcement, I just don't think it's legal for them to act  and would potentially open them (taxpayers) up to civil liability. Something to consider."


* ... HONOR FLIGHT: One of the most uplifting operations in town is the Honor Flight, in which World War II veterans are flown to Washington, D.C., to visit the war memorials. One of the driving forces behind the local effort is Lili Marsh, operations manager of the Petroleum Club. She told me there are two more flights planned - in the spring and in the fall - and wants more veterans to reach out to take advantage of this opportunity. "We have many applications, more than enough to fill a flight, but every time I read the obits it seems like another World War II vet has passed away. And I always think, 'I wonder why they didn’t fly with us?'" Lili can be reached at (661) 544-VETS. (photo courtesy of Jessica Frey) 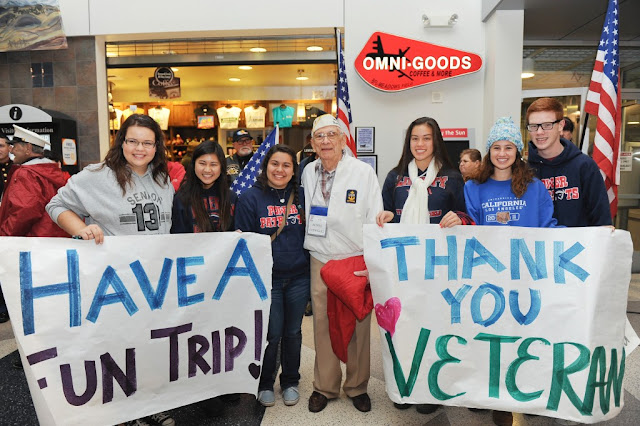 * ... OLD BAKO: Carol Owen gave me a call to answer a reader's question about the name of a restaurant that was located next door to Sinaloa, when that eatery was in the current location of Wool Grower's. "I believe it was called Frager's and it was very fancy and it featured enchilladas, tamales and fried chicken of all things," she said. "And I wonder if anyone remembers the old Tea Room on Truxtun that had the best home cooked meals. It was in an old two-story house down near the Civic and people used to be lined up at 5 p.m. trying to get in."

* ... MEMORY: Elinor Grant also remembers the Mexican eatery that was in the current Wool Grower's location, and recalls that its specialty was a small green pepper, stuffed with cheese, dipped in batter and deep fried. "What a delight," she wrote. The memory still lingers."

Posted by Richard Beene at 5:21 PM