RIP Vernon Chappel, ex Bakersfield College cheerleader, and keep Audrey Chavez in your thoughts as she battles an illness

* ... RIP: Vernon Chappel, a legendary cheerleader who epitomized the spirit of college life at Bakersfield College and Cal State Bakersfield, has passed away. Most recently Chappel was a minister in Raleigh, N.C., but many folks remember when Vernon was an enthusiastic BC cheerleader in the late 1970s. He was at BC when the Renegades won the Junior Rose Bowl in Pasadena, and he later went on to CSUB to help cheer the basketball team in its march to the national finals. Marlene Morales, head of communications over at the Chain Cohn Stiles law firm, told me he was scheduled to return here to conduct a sermon at St. Paul's when he died in his sleep. He was just 56 years old. (photos courtesy of Marlene Morales) 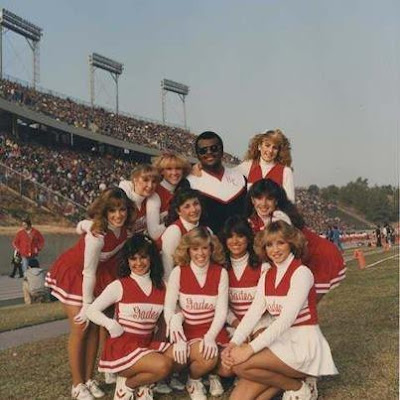 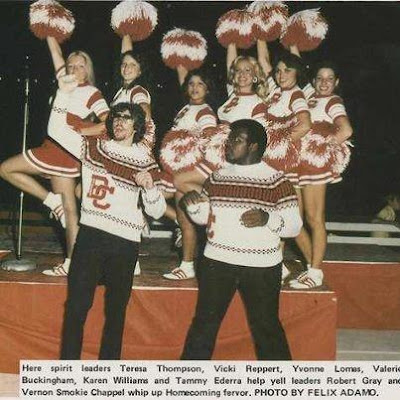 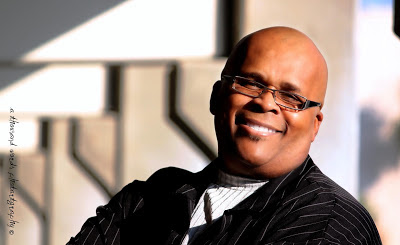 * ... AUDREY: One of our community's most tireless volunteers, Audrey Chavez, is hospitalized with a bleeding disorder and is in need of blood donations. Audrey is the founder and leader of the Bakersfield AIDS Project and Ricky’s Retreat AIDS Hospice. Her blood type is A positive and you can donate in her behalf at Houchin Community Blood Bank (her account is under the number 779). The blood drive goes until February 9. Please keep Audrey and her family in your thoughts. * ... FIRST FRIDAY: There are a lot of reasons to head downtown for First Friday, including getting a bite to eat at one of the growing number of downtown restaurants (Uricchio's Trattoria, Muertos, Mama Roomba, Chef's Choice Noodle Bar, The Mark, Mexicali among them). One of the more impressive openings will be held at The Metro Galleries (19th and Eye streets) where the work of Betty Leonor will be featured. This is some really stunning stuff that makes Metro a must stop during your walk around downtown. Also at 6 p.m. there will be a ribbon cutting for Al Mendez's remarkable mural on the side of Front Porch Music next to The Padre Hotel. 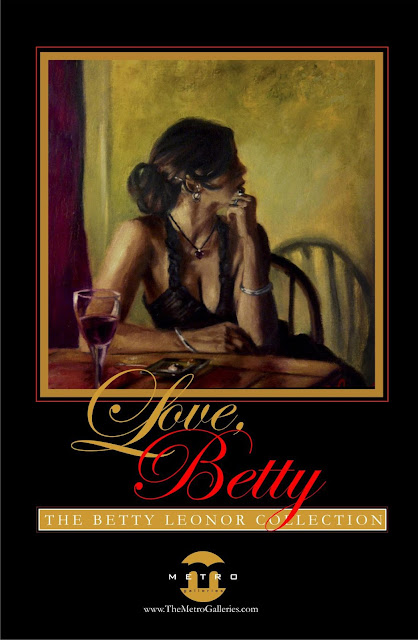 * ... BURGLARY: There have been a rash of burglaries and break-ins in the neighborhoods up near Bakersfield College. I am told homes on Princeton, Radcliffe and Shattuck have been hit and neighbors are now alert and reporting any suspicious activity.

* ... VETERAN: This note courtesy of reader Linda Burton: "Yesterday on the corner of Snow and Coffee roads I saw a heartbreaking sight. One of our valued elderly war veterans stood in the rain, his head held low as he rested against his cane and vehicle with a sign that read; 'life is hard, help if you can.' I stopped and gave him a card for groceries and asked what was happening. He said he’d been struggling financially, needed a new pacemaker and was trying to convince the Veteran's Administration to pay for it. I asked him to please get out of cold rain and to deal with it another day, but he refused. I felt furious and saddened that this poor man who had given so much for so many was reduced this. Then just as I was leaving I saw a young woman walk up with a bag of groceries, followed by a young man who stopped to offer cash.  It occurred to me what a wonderful community we live in spite of our broken federal system. We all need to do more for our senior citizens folks, this kind of thing should never happen!"

* ... MEMORIES: Bernice Johnson wrote me a nice note sharing with me some of her old Bakersfield memories. The first time she had a Mexican meal, for example, was at Sinaloa when it was located in the current Wood Grower's building. It was the night before one of her girlfriends was getting married, some time in 1951. She also shopped at the Green Frog Market when it was located at California and Chester avenue, and later in the 1980s used to drive from Shafter to eat at Banducci's Corner.

* ... TEA ROOM: And finally, Jackie Ardell wrote to with the answer to the name of the old tea room that was located on Truxtun Avenue. "I used to worked there in the 1940s.  It was Betty Lee's Tea Room." Another reader, Jean Gillian, remembers Betty Lee's as a large home with a wrap around porch. "The owner served fabulous meals but also had rooms to let for single women for it was difficult to find housing in the 1940s.  Still remember the owner for she bought her meat from a butcher and owner of Stephens Market on Chester and Fourth Street. She was a large well dressed woman and  knew what she wanted when placing her orders and watched that the butcher didn’t place his fingers on the scale when weighing the meat!"
Posted by Richard Beene at 11:06 AM

The story of the veteran: An actual reporter might try to find out if this guy really was a veteran or if it was merely another scam. So many assumptions made by "observers" and published in this "column" that turn out to be false.