* ... BILL THOMAS: Bill Thomas, the longtime congressman from Bakersfield who once steered the House Ways and Means Committee, will join me Monday morning on Californian Radio at 9 a.m. to discuss the fiscal crisis and where the country goes from here. Before retiring in 2007, Thomas was widely known as one of the smartest men in the room, a tax and budget expert who knew how to get things done in a divided Congress. We will talk about the current congressional deadlock and get his views on what our country needs to do to resolve our fiscal mess. Join us at 9 a.m. on KERN 1180.

* ... HOUSING: Good news on the local housing market. Gary Crabtree, one of the foremost local real estate experts, said the December market showed "amazing strength" due to a shortage of supply and fewer distressed homes on the market. "This comes as very good news for the new construction sector who continues to gear up to meet the lack of supply, which also results in job growth," he noted in his Crabtree Report. The report said the median price had risen 6.6 percent month over month and almost 19 percent over a year ago. "With the continued decline in REO (real estate owned) saturation rate and the foreclosure rate, the market has nowhere to go up up!" Now that is good news. 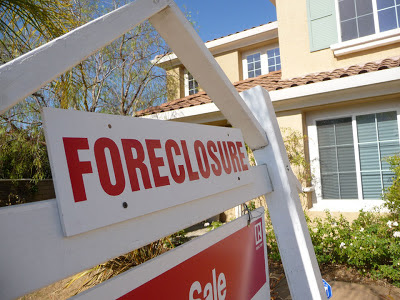 * ... HOMELESS: The number of street people in Bakersfield is simply staggering, overwhelming the good work our homeless shelters do to provide for the needy. According to the U.S. Census Bureau, only New York tops California for the number of homeless people living in emergency or transitional shelters. California had more than 27,000 people living in shelters while New York topped 36,000.

* ... ABANDONED DOGS: Deanna Haulman witnessed an event that is all too common these days. "We live on College Avenue and there are many stray dogs. Today we would like to thank the Hispanic man in a light blue pickup who stopped and dropped off a small white dog right on the street.  We hope when you are no longer wanted by your family, they do not dump you along the roadside.  We tried to get the dog to come to our house but it was too frightened. Don't worry within a half hour the dog was hit twice and died. We hope you are proud of yourself.  A nice young man that hit the dog a second time stopped and was very concerned because he hit the dog after it was struck the first time.  Another young lady also stopped and check to make sure the dog was dead, bagged it so we could call the county animal control the next day."

* ... SCOUTS: Mark Saturday, Jan. 26, on your calendar for the annual Grand Slam Pancake Breakfast Fundraiser put on my Boy Scout Troop 147. It runs from 6:30 a.m. to 9:30 a.m. at the Olive Knolls Church cafeteria on Fruitvale Avenue. You get eggs, sausage, pancakes, orange juice and coffee all for only $5.