Oil production across the country surges to new highs and the country is now producing 83 percent of its energy needs, and former Bako mayor Mary K. Shell throws some love at the downtown Post Office

* ... OIL: Thanks to fracking and other new methods of extracting oil, our country is now producing more than 7 million barrels of oil a day, the highest since 1993. And, we are growing closer to total oil independence. According to a story distributed by the Bloomberg news service, the United States is now producing 83 percent of its total energy needs. "Production grew by the fastest pace in U.S. history last year and will accelerate in 2013 as horizontal drilling and hydraulic fracturing, or fracking, unlocks crude trapped in formations such as North Dakota’s Bakken shale," the story said. "The state boosted production 40 percent last year through October, Energy Department data show. Texas was up 23 percent, and Utah rose 11 percent." 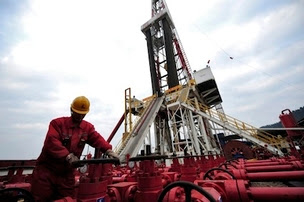 * ... DARNELL:  Steve Darnell, vice president and general manager of the Buckley Radio stations in Bakersfield, is leaving to become sales manager of Clear Channel radio in Fresno. Darnell joined Buckely in 2002 and was a member of West Rotary. The Buckley stations include KKBB, KLLY, KSMJ and KNZR. 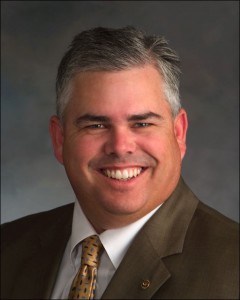 * ... LOFT LIVING: The finishing elements are being installed on the 1612 City Loft project in downtown Bakersfield. All nine units have been pre-leased and residents are expected to be moving in within the next month or so. The project, which is in the building formerly known as the Hay building, has been in the construction phase for the past year. Some of the residents include local Realtor Adam Belter, KBAK reporter Tom Murphy and long-time Walker-Lewis employee Stephanie Gonzalez and husband A.J.

* ... OVERHEARD: At a local Starbucks a customer who had bought a coffee for a young homeless man outside remarks: "Well that was unexpected. He said he really wanted a hot chocolate."

* ... POST OFFICE: Former mayor Mary K. Shell speaks for many when she talks about the outstanding service at the downtown Post Office. "The employees are exceptional! They make it a practice to let you know if you can mail or ship something at a better price and they greet each customer with a smile, especially when the waiting lines are long  In addition, I can’t forget to thank my letter carrier, Ralph, who’s been on the same 93301 route for maybe ten years or more.  He gets mail to me even with a mangled address, in rain, fog or blistering heat!"

* ... CRABFEST: The hottest ticket is in town next week is for the Crab and Rib Fest to benefit the St. Francis Parish School.  It is already a sellout with some 400 people expected to head to the Kern Country Fairgrounds next Friday for the annual event that raises tens of thousands of dollars for the Parish.

Posted by Richard Beene at 2:39 PM