Is the super high end housing market warming up? And get ready for some cyclocross racing at Hart Park on Sunday when Bakersfield hosts the California state championships

* ... HOUSING MARKET: The last five years hasn't seen much activity in the high end real estate market, but that may be starting to change. Mary Christenson, the Watson agent who specializes in high end properties in the Southwest, told me a $1.4 million home on the Seven Oaks golf course had four offers in five days of showing. "We have three buyers still ready to buy! Where are the new listings?" she asked.

* ... TRASH: This note came from a reader reacting to those who so casually litter our streets. "Concerning those we see throwing trash out of their car. I went to Cal Poly SLO, and if you saw anyone throwing trash out of their vehicle, you would turn them in. This was in late 1970s. Now when I see it in a parking lot I confront the people and they have always picked it up without a confrontation. Maybe if more of did this, it may make a difference."

* ... RODEWALD: Legendary Kern County broadcaster Don Rodewald will be inducted into the East Bakersfield High School Hall of Fame on February 16. Bakersfield City School District trustee Rick Van Horne told me that East High recently sent a film crew to sit down with Rodewald and let him reminiscence about his early days in radio and television. "Don is still in good spirits at Glenwood Gardens, so much so, that the crew ran out of video taking it all in," he said.

* ... CYCLOCROSS: If you're looking for something to do this weekend, drive out to Hart Park to take in the California State Cyclocross Championship. It runs from 8 a.m. to 3 p.m. on Sunday and will feature some remarkable athletes riding off road on a European-style course. Even if you don't know much about the sport, it provides a great spectacle from multiple angles, and is absolutely free. Organizers Sam Ames and Keith Barnden tell me there will be a beer garden, drum line, bag pipes, food and more. 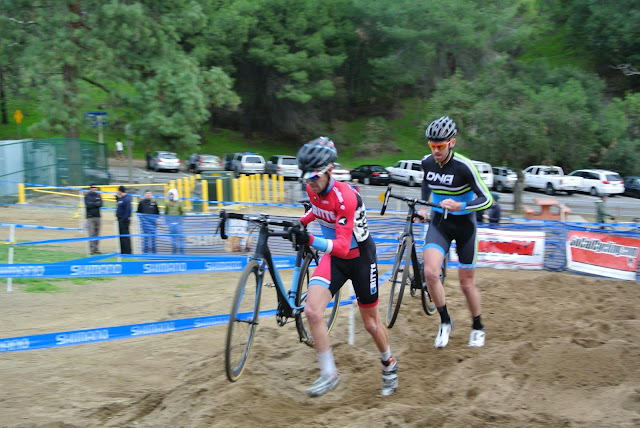 * ... CLEAN UP: The Oildale Foundation is planning a massive clean up of the area around the North Chester bridge on Saturday. Patrick Frase told me that Mayor Harvey Hall will be joining in the effort and he is urging other folks to volunteer. "With the very generous commitment of Mr. Greg Sanders and Varner Brothers Disposal we will beautify this area by removing tumbleweeds, dead vegetation and litter! Yes there is a lot of it... months of debris and neglect! With that said I am asking for volunteer help. We are starting at 8 a.m. meeting at Beardsley and North Chester Avenue. Trash clean up supplies will be provided."

* ... WRESTLING: I goofed in writing about an upcoming dinner to support CSUB's storied wrestling program. The event is February 9 (not in April) so get your tickets now. They cost $40 each. Make your checks payable to The Coyote Club and mail to Janis Varner, 12300 Old Town Road, Bakersfield, 93312.

* ... BANDUCCI'S: Another memory about the old restaurant Banducci's Corner on Weedpatch Highway. Terry Gaiser writes: "My favorite memories of Banducci's: Bud and his wife, the spaghetti and best, their apple pie with the secret rum sauce!"
Posted by Richard Beene at 3:07 PM