* ... BUILDING: There is more evidence that our local economy is improving, albeit slowly. A report from Baynes Bank, vice president over at Mission Bank, shows marked improvement in the number of building permits being issued. While the total number of 2012 permits pulled were 259 percent higher than 2011, he noted "we are still less than 50 percent of where we were a decade ago." Bank said a large apartment project has broken ground near Gosford and Pacheco roads, "and there are two more significant projects being discussed in the Northwest.... Also of note, Standard Pacific Homes (the national builder that purchased local builder Probuilt Homes) pulled eight permits in December. These are the first Bakersfield permits they have pulled in over four years. Welcome back." 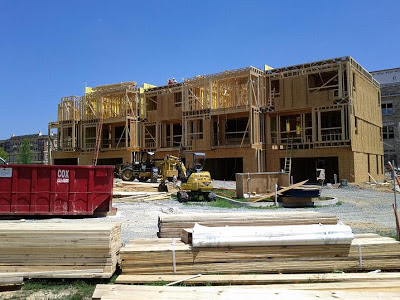 * ... MUSEUM: I ran into the newly appointed executive director of the Bakersfield Museum of Art just a few hours after his appointment was announced. My guess is that John Lofgren and his wife Inger will fit nicely into our community. He's got the charm, experience and drive to take the museum to the next level. I chatted with Lofgren while he was out dining with retiring director Bernie Herman and his wife Joan, Sheryl and Lou Barbich and museum board chair Susan Hersberger from Aera Energy. 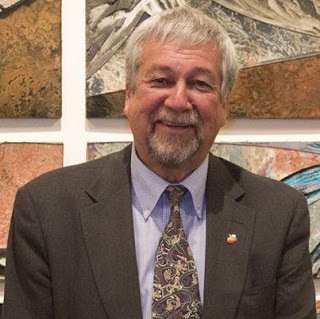 * ... AMMO SALES: The push by the Obama administration for new restrictions on gun ownership has led to a predictable surge in the sales of weapons and ammunition at local gun stores. One gun shop owner, Gene Thome of Bear Mountain Sports, told me there is a run on almost every type of ammunition, and that he sells his Glock semi-automatic pistols as quickly as they arrive.

* ... SPOTTED: A pox on the young man driving a newer VW Passat who casually tossed his fast food drink cup out his window while driving south on Gosford Road.

* ... WRESTLING: The folks who raise the money to keep the wrestling program alive at Cal State Bakersfield have an important event coming up on Saturday, Feb. 9. It's a dinner to celebration 40 years of wrestling and it costs just $40 a seat. It will be held at Stockdale Country Club at 6 p.m. Make your checks payable to the Coyote Club and mail them to Janis Varner, 12300 Old Town Road, Bakersfield, Ca. 93312.

* ... GUILD HOUSE: Another cause worth supporting is coming up Sunday, January 27, at the historic Guild House on 18th Street. It's a five-course dinner (including wine and a tour of the graceful, grand old dame of downtown homes) to benefit the Henrietta Weill Child Guidance Center. Tickets cost $100. Call Nada for reservations at (661) 834-3566.

* .... BANDUCCI'S: Marilyn Brown dropped me a note about the old lunch place Banducci's Corner. "My dad ate lunch there several times a week with friends and relatives from the Edison area.  As a family we would go out to dinner on Friday nights and one of our favorite places was Banducci's Corner.  I remember Julia Banducci giving us kids candy from the attached store. Banducci's was a fun place with good food where everybody knew your name!"
Posted by Richard Beene at 3:24 PM