* ... SYMPHONY: Former banker Bryan Burrow has taken over control of the Bakersfield Symphony Orchestra as president and chief executive officer. Burrow said he hopes to bring a strong business model to the 80-year-old organization, which suffers from an aging audience and limited visibility. The next performance is this Saturday when the symphony teams with the Masterworks Chorale, CSUB Singers and a children's chorus. Tickets are available and the Rabobank box office or on ticketmasters.com. 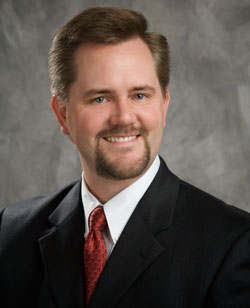 * ... FIRST LOOK: A new, three-hour local news program will kick off Monday, March 18, on KERN 1180. It's a partnership between The Californian and American General Media, which owns KERN 1180, and it will feature news, weather, live entertainment and analysis. Called First Look with Scott Cox, the show will be simulcast on the radio while streamed live in high definition video on bakersfield.com. The show will run weekdays from 7 a.m. to 10 a.m. in a new TV studio in The Californian newsroom. Stay tuned.

* ... REMODEL: Good news for folks who live in the downtown area. The Smart and Final grocery store on Golden State Freeway is about to undergo a major facelift and renovation. Employees there say work should start in a couple months to upgrade the store to resemble the more modern Smart and Final locations elsewhere in town.

* ... YOGURT: Burrberry, the frozen yogurt shop that opened on 18th Street a year or so ago, has moved over a block in to the heart of the downtown arts district. It is now located in the former location of the Spotlight Cafe. Owner Pam Gallagher says they've expanded offerings to include freshly baked croissants, breakfast sandwiches and a full line of coffee and tea. Next week she plans on adding soups and sandwiches for the lunch crowd. "

* ... TRASH: Is noting that one's "culture" may be responsible for littering a racist comment? That's what one reader, Fred Castillo, said in responding to an earlier post from a business executive. "I'm not even going to get into the underlying racial tones intimated in those comments. Call me crazy but it seems less a 'cultural' issue so much as a socio economic problem. I was at a local park preparing for my walk when a car in obvious need of exterior maintenance drove up. The 'kids' proceeded to eat their fast food and tossed everything out the car windows after they were done with no obvious shame. I came this close to yelling at them but had second thoughts as I was by myself and there was no telling what their reaction would have been. Let you 'local executive' know that I am Hispanic and the folks littering were Caucasian." For the record Fred, the executive who wrote that is also Hispanic and her reference to "culture" was not about race, but rather about how folks are reared and what cultural values are passed down in the family. Culture is not always ethnic centric.

* ... NEAR MISS: Shame on the driver of an older green Honda or Saturn that blew through the stoplight at 18th and F streets Tuesday, almost broadsiding a car by inches and giving its driver (me) a near heart attack. Everyone seems to have a horror story about drivers who blindly run red lights across our town.