The nation's railroads are in an unprecedented building and expansion boom, and pop icon Carly Rae Jepsen will perform at The Californian's downtown broadcast studio

* ... RAILROADS: Some years ago an economist told me to watch the nation's rail traffic to get a real pulse on the economy. When the shipment of durable goods across the country starts to pick up, you can be assured the economy is recovering. Now comes word that North America's major freight railroads "are in the midst of a building boom unlike anything since the industry's Gilded Age hey day in the 19th century - this year pouring $14

billion into rail yards, refueling stations, additional track," according to the Wall Street Journal. In addition, rail is also stealing market share from traditional trucking companies. All good news for the economy. 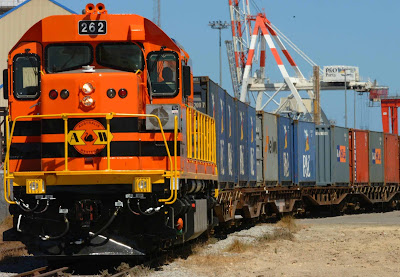 * ... CARLY: Pop icon Carly Rae Jepsen, whose song "Call Me Maybe" shot to the top of the pop charts, will be singing for a select group of people Tuesday afternoon in The Californian's downtown First Look broadcast studio. The Californian and radio station Hits 93.1 have been giving away tickets to 20 lucky fans for an up close acoustic performance. 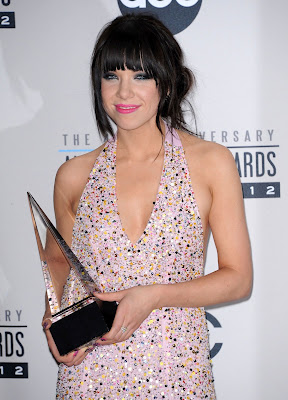 * ... LITTER: A good contribution from reader Denney Evans: "I’ve read countless blogs about the litter problems in Bakersfield. My advice: when you’re walking the neighborhood for exercise, take a bag and pick it up. As the saying goes, 'If you’re not part of the solution you’re part of the problem.'"

* ... HARRISON: The revelation by Monsignor Craig Harrison that his parents were both in hospice tiggered a slew or responses. One of the best is from Jamie Henderson: "I knew Don and Dorothy Harrison were not doing well – very sorry to hear that it has reached the hospice stage. I had the great fortune to have played baseball at BHS on the 1967 Driller team that went 26-3. That was the only year Don coached varsity baseball and he guided a great team that included future Minnesota Viking, all-pro linebacker Jeff Siemon as our right fielder, and future Chicago Cub and San Francisco Giant, Steve Ontiveros, as our third baseman... Don also was absolutely one of the best CIF commissioners that our local sports officials ever worked with. Later, in the latter part of the 1970s I had the privilege of teaching with Dorothy Harrison at Sierra Junior High. Dorothy was an excellent teacher and a wonderful colleague. I am convinced that God brings a number of top notch people into our lives – Don and Dorothy are way up on my list. We all need to pray for them and their family during this time of passage."

* ... SPCA: The local SPCA does so much good day in and day out, and it certainly deserves our support all year. The organization off Gibson Street is in dire need of fresh towels, and it is also gearing up for its annual book sale that begins April 26 with a preview night of just $10 to have a first chance at the books. The sale will run a full week, once again at 3501 Mall View Road, Suite 113-114. If you have anything to donate, please do so before the annual sale.

* ... BAKERSFIELDISM: You may be a Bakersfield old timer if you bought groceries at the ADS Market on Baker Street, now a dog grooming business.